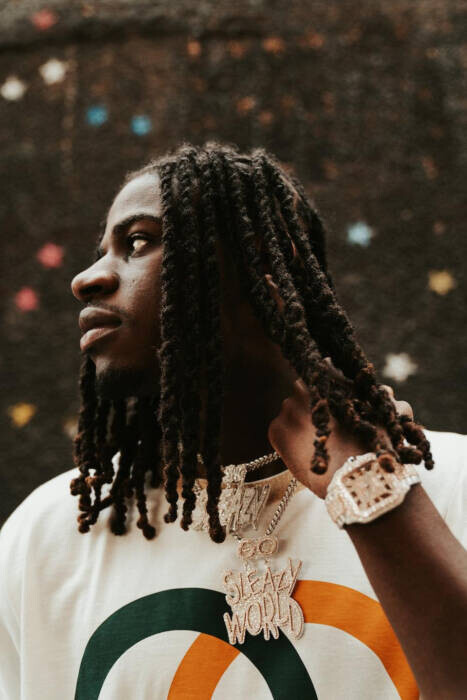 Hip-hop’s 2022 breakout star SleazyWorld Go continues a momentous year  with his first-ever #1 at Urban Radio. Today, “Sleazy Flow” ft. Lil Baby hit #1 at Urban Radio, while the breakthrough single simultaneously earned RIAA Platinum Certification. Island Records Co-CEO Imran Majid speaks on the accomplishment, “SleazyWorld Go’s instincts and hard work are unmatched. Earning his first #1 at Urban Radio is a huge accomplishment and we know this is only the beginning for him.” SleazyWorld Go shares his excitement too, “I want to say thank you to the radio stations that showed ‘Sleazy Flow’ love, the DJs, and the fans for this win. Going #1 and becoming a platinum artist in the same weekend is crazy. Wait until you see what we got in the chamber — I’m gonna keep doing this for my family and my city.”

SleazyWorld Go’s rise to stardom began in 2019, following a personal transformation behind bars. The artist whose mom moved his family from Grand Rapids, Michigan, to Kansas City, Missouri, searching for a better life, wanted to move in a positive direction. Music was his method. He began parsing a dynamic range of songs on social media and cultivating a fanbase. In 2021, SleazyWorld Go unveiled his biggest hit so far, “Sleazy Flow.” “It was a statement: this is my sound, this is who I am, and this is my whole wave,” he details. With over 250 million streams to date, the song and video captivated—gaining social support from Lil Baby, Jack Harlow, and more. Amid a definitive 2022, SleazyWorld Go declares, “I want to keep breaking barriers and doing what hasn’t been done.”

Stay tuned for SleazyWorld Go’s upcoming mixtape, due this fall.