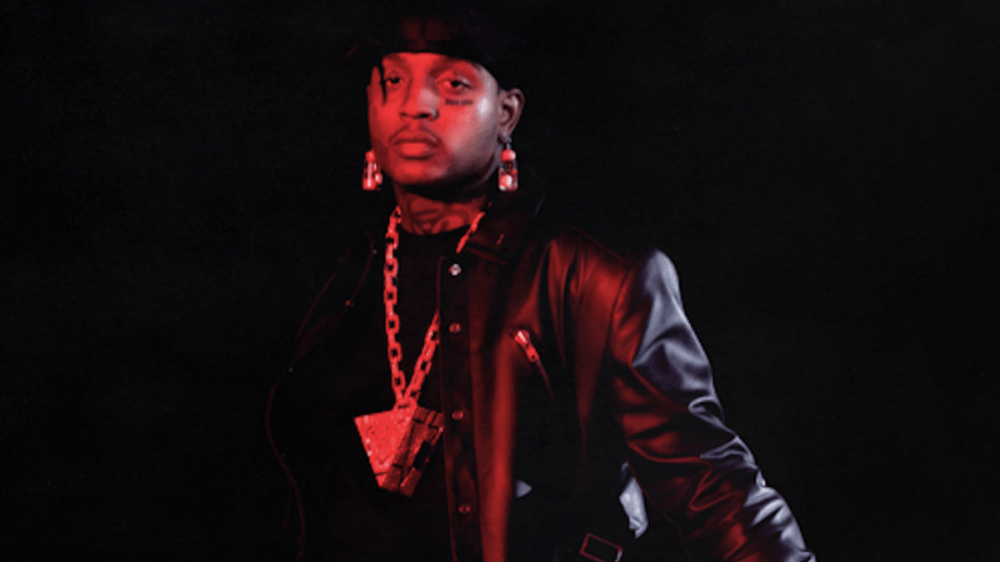 It’s been two years since Ski Mask The Slump God put out a project, and his fans have been patiently waiting for something new to drop. During his break, Ski Mask released only a pair of songs between 2019 and 2020, but people wanted more from the Fort Lauderdale native.

In May 2021, fans had their prayers answered when Ski Mask announced his return via Twitter with a pair of tweets that promised a full reveal of his next body of work. The project would eventually become Sin City The Mixtape, and Ski Mask picks up right where he left off.

On Sin City The Mixtape, out Friday (June 25), fans can expect the usual rage fest from Ski Mask, but there’s a side of him on here that fans and listeners will meet for the first time.

Several songs on this mixtape like “Ya” and “Lost In Time” have Ski Mask stepping outside his box and elevating his sound where he sings and raps over an eclectic selection of beats. It’s new territory for the “Catch Me Outside” rapper, but it’s a move that needed to be done at this stage of his career.

During his time off, many of Ski Mask’s fans wondered what was going on with him and why there was no music coming out. Many felt he wasn’t doing anything at all with his music, but his new mixtape will reveal that wasn’t the case.

“There are a couple things that I want the fans to know is that it might have seemed like I wasn’t working or anything like that because it’s been so long, but that’s not the case,” Ski Mask told HipHopDX at a special listening event for the mixtape. “I was working my ass off, and I was sharpening my tools and trying to get my mind right and in that space. If the mind is not right, then what I execute or try to do won’t come out right either, so I had to wait until my mental was right.”

Ski Mask’s three closest friends, XXXTENTACION, Juice WRLD and Member’s Only producer Khaed, passed away within a year and a half of each other. There’s no time limit on processing the type of pain that results from losses like those, but Ski Mask reassures he won’t take this long to get back to his fans ever again.

“I didn’t like what I was thinking at all, you know what I mean?,” Ski Mask added. “So I had to keep going back to that. What the fans also have to know is that it’s not going to take this long ever again. Now that I’m back in the groove, I’m going to stay in that groove and work on this album to come out this October as well.”

Sin City The Mixtape is just the start of this new chapter in Ski Mask The Slump God’s career. There’s more to come from the Member’s Only rapper, and fans may not be ready for what Ski Mask is about to bring them.

“I really just want to expand and elevate myself and my sound from now on,” Ski Mask explained. “I haven’t even used stage production during my shows, and now we’re going to start doing that. I want to elevate my sound to a bigger audience so that it can be reciprocated better basically.”

Ski Mask can’t wait to perform Sin City The Mixtape in front of fans, mainly the Rolling Loud crowd. The 25-year-old is a Rolling Loud legend and with the festival returning full force in 2021, Ski Mask is turning things up.

“Man, you don’t even know,” he said excitedly. “I’m trying to get Tariq [Cheriff] to do this thing for me at Rolling Loud to hang me over the crowd with a rope or crane. I’m trying to do some crazy shit and we’re going to work something out [laughs].”

For his next project, Ski Mask is going to expand his sound even more than he did on Sin City The Mixtape. One of the ways he’s looking to do that is through collaborations with other artists.

One artist that he really wants to work with is Nigerian Afrobeat superstar Burna Boy. When asked what a record between these two very different artists would sound like, Ski Mask said it would be nothing but straight heat.

“What you mean dog,” Ski Mask said with excitement. “Yo big tune what you mean, dog. Real rasta ting dog. Both of my parents are Jamaican, and I know how to speak really good patois. So I can either do it in patois or we can make a regular song, but I know, for a fact, we would make some fire shit. He’s Nigerian, but he has that Jamaican kind of swag to him. I know it would be fire.”