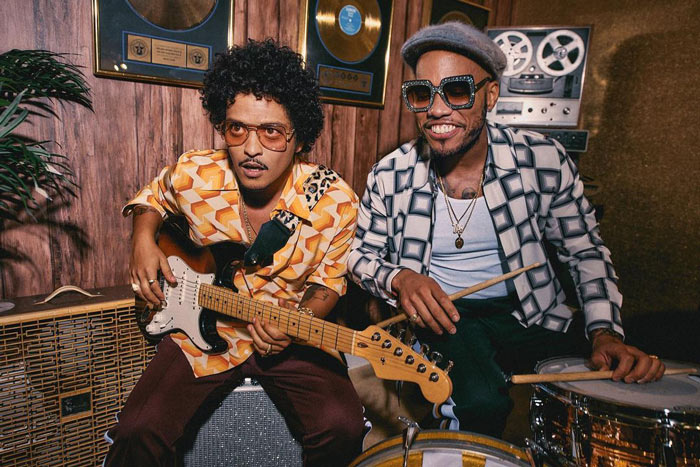 After topping the charts with their debut single “Leave the Door Open,” Bruno Mars and Anderson .Paak follow it up with their latest heater, “Skate.” On the silky-smooth jam, the fellas take it to the roller rink.

“I’m excited, ‘Skate’ being our second single, because the sun is out and I’m hoping everybody’s outside, everybody’s at the pool, at the beach, barbecuing, listen to some Silk Sonic,” Bruno told Apple Music. “We wanted everyone to feel like they were floating and gliding, slipping and sliding. And we’re very proud of this record.”

In the video, directed by Bruno and Florent Déchard, the fellas serenade a female skate crew while playing the drums and congas.

“Leave the Door Open” and “Skate” arrive ahead of Silk Sonic’s debut album, An Evening with Silk Sonic, due later this year.

Get into their groove below.