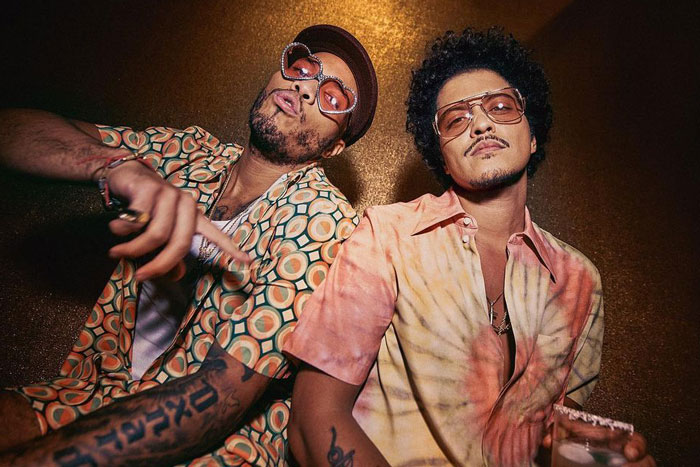 Before they drop their album next week, Silk Sonic serves up one more jam.

Bruno Mars and Anderson .Paak bring the retro vibes with their new single and video for “Smokin Out the Window,” on which they reflect on a “trifling” ex girlfriend who did them wrong.

“Smokin’ out the window / Singin’ how could she do this to me,” sings the duo. “Oh, I thought that girl belonged to only me / But I was wrong / She belongs to everybody.”

This marks the third single from Silk Sonic after “Skate” and “Leave the Door Open,” which topped the Billboard Hot 100. Their debut album An Evening with Silk Sonic arrives Nov. 12 and is rumored to feature Ariana Grande and Donald Glover.

“We’re really in touch-up mode now,” Bruno told Rolling Stone in August. “We’ve got the bones of most of the album, so it’s really about touching up parts that need a little more….”

Earlier this week, Anderson announced his new label APESHIT in partnership with Universal.