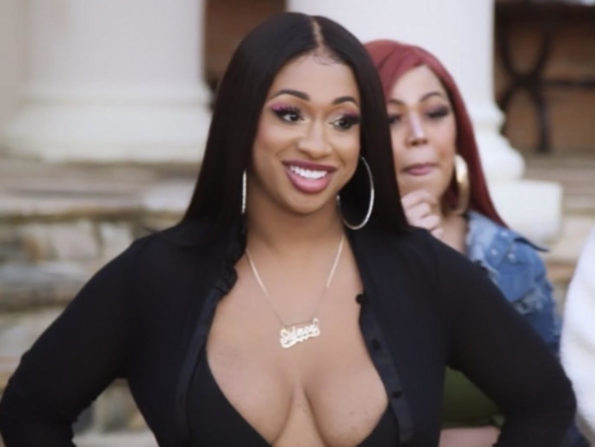 The transgendered rapper and reality tv personality appeared on The Real to clear up rumors about her relationship with “Family Matters” star Darius McCrary after Sidney shared a video of the two that ignited dating rumors.

Additionally both shared images from a photoshoot, which sparked a bevy of questions online about their romantic status.

“As you guys can see, it really, really, really hit us. It hit us hard. I don’t think either I or Darius knew how hard that this was gonna hit,” Sidney declared. “Society was not ready for this at all.”

Sidney attempted to clear up the rumors before being pressed to clarify by hosts Jeane Mai and Toni Love. “Saying you’re dating someone and that person doesn’t date you, gets in murky waters,” added Love.

Several years ago, Starr took a photo with rapper Chingy that sparked a rumor that they had a secret relationship, which he denied. The damage was done and eventually Starr apologized for her actions that led to the unwarranted controversy that affected Chingy’s rap career.

“I’m only human. I come from a very scratchy past, but I will say this: I am all about positivity,” Starr insisted. “Ms. Starr is coming with nothing but love and positivity and I want everyone to know that just because I have a past with something like that does not mean I’m that same type of person now.”