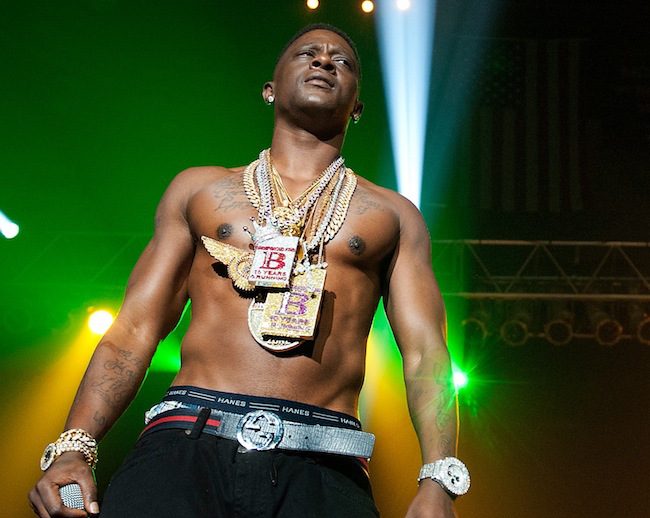 Just days after the Legendz of the Street concert was shut down in Atlanta due to an onstage brawl during his set, a man was reportedly shot multiple times at Boosie’s afterparty in Baltimore.

News outlets reported Monday that the unidentified man was shot several times at the Euphoria Nightclub in the early hours of the morning. The 27-year-old victim was taken to the hospital and is listed in critical condition.

The latest news follows Boosie being removed from upcoming tour dates via the concert promoter We Are Live Entertainment. On Saturday evening the “Wipe Me Down” rapper took to Twitter to assure his fan he would still be at the afterparty.

Boosie added that he would be in Baltimore as well.

“Might not let me perform in Baltimore, either,” Boosie declared. “But Ima be in Baltimore. You got me f****d up if you think I ain’t in Baltimore. I mean that. I’m in them bricks. You best believe that.”

Police are asking anyone with information about the shooting to call Metro Crime Stoppers.

Rick Ross, 2 Chainz, Fabolous, Jeezy, Gucci Mane, Trina are headlining The Legendz of the Streetz Tour, with special guests Lil Kim and others.

Share your thoughts with us on this latest trouble following Boosie on social media.