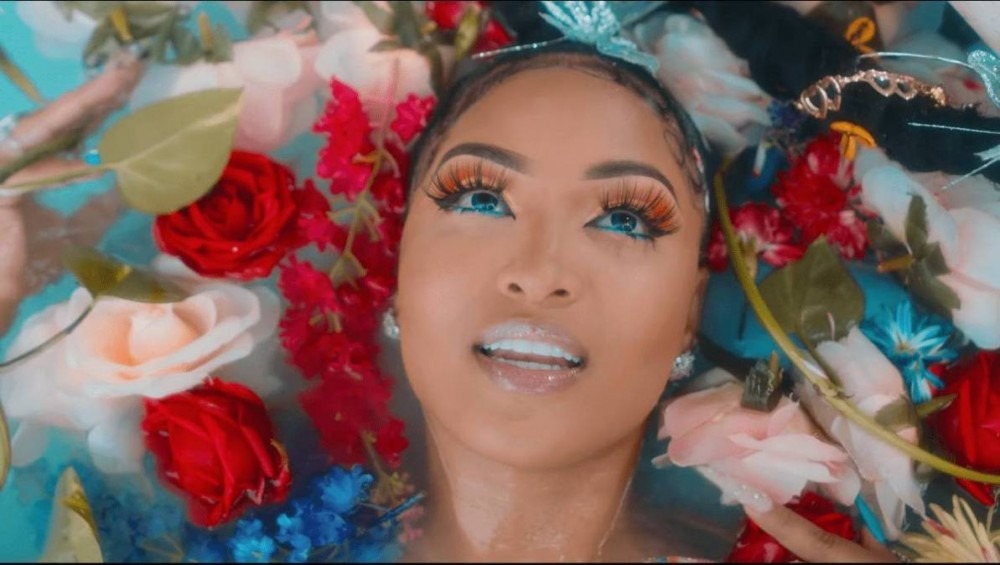 “I used to use my hands but then when I started working my arm got tired [from] holding the mic,” Shenseea said. “Now I got toys galore, I don’t even need a n-gga.”

Yee then followed up by asking if Shenseea ever travels with her toys. She replied that she puts them in her handbag, and refers to them as a “must have.”

“Like lip gloss, on the plane, the plane bathroom…No, it’s nice because people are there and they just don’t know…Yeah, that’s me, and if I’m actually in the mood you ain’t gonna even notice to be honest.”

When Angela Yee expressed a slight discomfort at the comments, her co-hosts and Shenseaa both encouraged her to try it.

“Use the bullet, not the big one,” Shenseea said.

The comments come after the Jamaican dancehall rapper celebrated the release of her debut album Alpha on Tuesday (March 15) in Kingston, and was gifted a custom-made chain from her rumored lover London on Da Track. He gently placed the chain around her neck, and Shenseea can be seen smiling ear to ear as she’s gifted the jewelry.

Check out the full interview with Angela Yee’s Lip Service below.