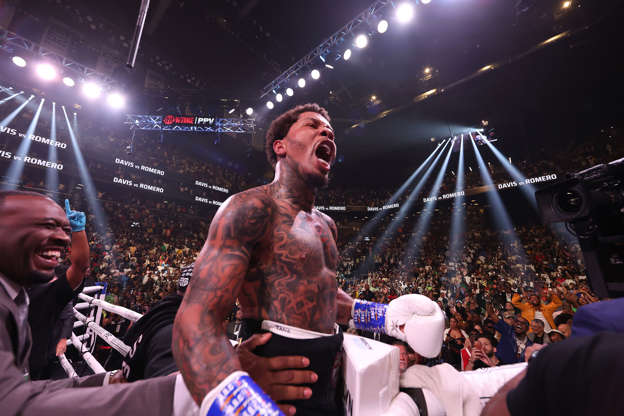 A startling noise inside the Barclays Center sent people scrambling to escape what they feared was an active shooter early Sunday morning.

The chaos erupted around 1 a.m. after the boxing match between Gervonta “Tank” Davis and Rolando “Rolly” Romero. Videos posted on social media show terrified people scrambling and looking for cover.

Tennis star Naomi Osaka was at the Barclays, and tweeted that she was “petrified” as people yelled that there was an active shooter.

Rolando Romero went down in round 6 with a power knockout from Gervonta Davis’ left hand.

At least 15 people suffered minor injuries in the panic. Police determined that no shots were fired inside or outside the venue.