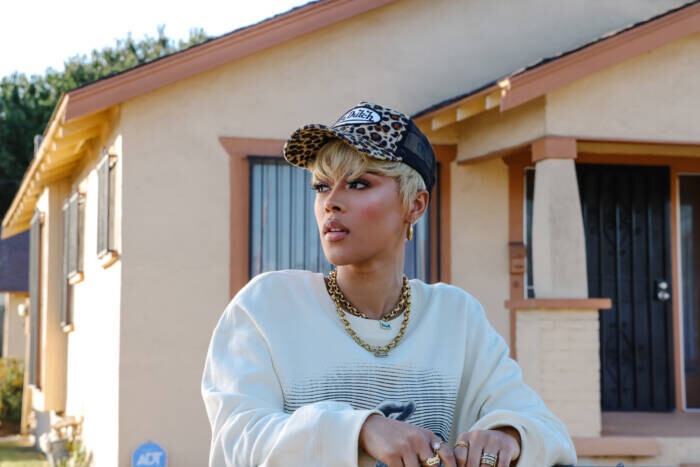 The accompanying cinematic visual to the introspective track, which debuted last month, introduces listeners to a side of Serayah many have yet to be acquainted with. About the song, Serayah shares, “P.O.V. is one of my most personal records to date, and it felt like the perfect single lead with as I release my new project… it’s my point of view touching on the past few years growing as a young woman, life before the fame and how I’ve navigated the trails amidst the triumphs leading me to this point of self-actualization.”

In the visual presentation, Serayah brings things back home to California, chronicling moments reflective of sentiments native to her experiences growing into her own, facing life challenges and navigating through relationships that retrospectively shaped her into the woman she stands as today. Directed by M Dot For Mayor, the offering also finds cameos from her mother, close friends that adds a dose of authenticity, vulnerability and transparency that powerfully speaks for itself.

“P.O.V.” the official music video, arrives on the heels of the audio single release, which was released last month and produced by OG Parker [PartyNextDoor, Migos] with a spoken word contribution from QUEEN. Receiving critical praise, Teen Vogue placed it among ‘The Best New Music of The Week,’ as did VIBE with their ‘Best New R&B’ column. Rated R&B shared, ‘Too often, we move on from situations but are reminded of residual effects that cause us to wonder if we ever did. Serayah is wrestling this emotional tug-of-war, as it relates to her immediate circle, on her new single “P.O.V.’ Last month, Serayah also connected with Daytime Talk Show series ‘The Real’ to discuss the new single as well as her forthcoming music project that’s slated for a Spring 2022 release.