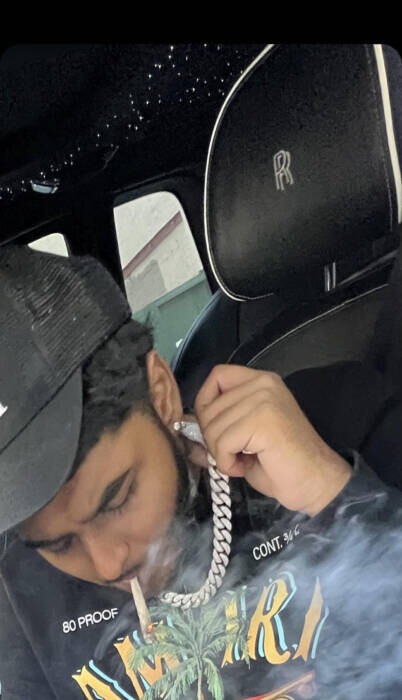 Seeps has been blowing up with his new single  “Leave Em Alone”. “Seeps”, also known by his Instagram name “BabySeeps”, is a music artist from The Bronx, NY. Seeps was born July 2nd 2004. His real name is Nicholas Davanand Seepersad. Seeps resides in the Wakefield area. Seeps has been rapping for seven months and has been applying pressure in the music industry since he started. Although Seeps has been rapping less than a year, he has a lot of experience in the music industry. Seeps has an entrepreneurial mindset has been managing artist for over three years. Seeps has been accomplishing a lot of major things in the music industry. Most recently he sold out his upcoming show Friday, September 16TH at a venue in Manhattan, New York. The event is called “Diamonds In The Sky”. Seeps is into fashion and enjoys designer clothes. He would describe this as his therapy. Although Seeps has seen much success in the music industry things have not always been easy for Seeps. Seeps has overcome a lot in his life. Seeps got kicked out of high school and catholic school for selling marijuana when he was younger.  For his last three years of high school, he went to public school but attended private school his entire life. Seeps jewler is “EliDaJewler” and Seeps has cashed out on 100k in jewelry by seventeen years old. Before the music lifestyle, Seeps has already been living like a rapper. Seeps came up from the hood is blowing up quick. He has overcome many obstacles in his life. Seeps is in the process of dropping another music video soon and fans are awaiting the release.