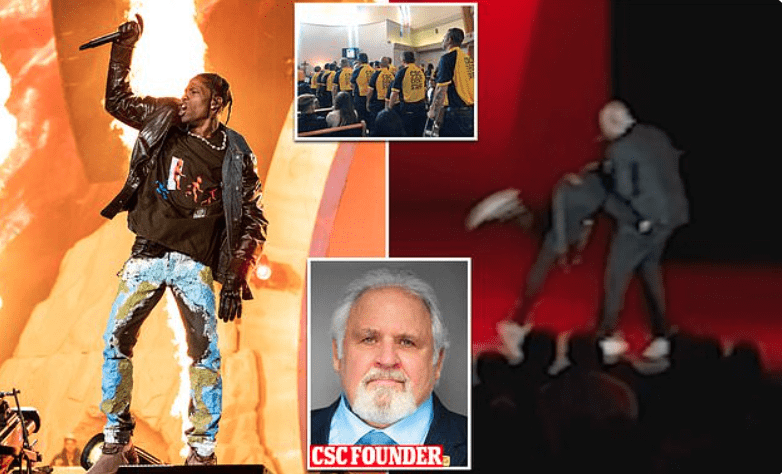 The security company that was on the scene when Dave Chappelle was attacked on stage is now under fire after it has been discovered that this is the same company that was on hand at the deadly Astroworld Festival, where ten concertgoers lost their lives , as well as the Once Upon A Time In L.A. Festival, where Drakeo The Ruler was stabbed to death.

Ever since “The Netflix Is A Joke” Festival and the Dave Chappele debacle, the Contemporary Services Corporation has been under a microscope, but it has now been unveiled that CSC personnel were hired to oversee the security detail at Travis Scott’s Astroworld Festival and the Once Upon A Time In L.A. Festival. where Drakeo The Ruler was stabbed to death backstage.

It was also discovered that CSC was the security company that was hired to cover the 2017 Route 91 Harvest Festival in Las Vegas, where 58 people were shot to death by a sniper on a hotel balcony.

The Contemporary Services Corporation has yet to respond to these claims.