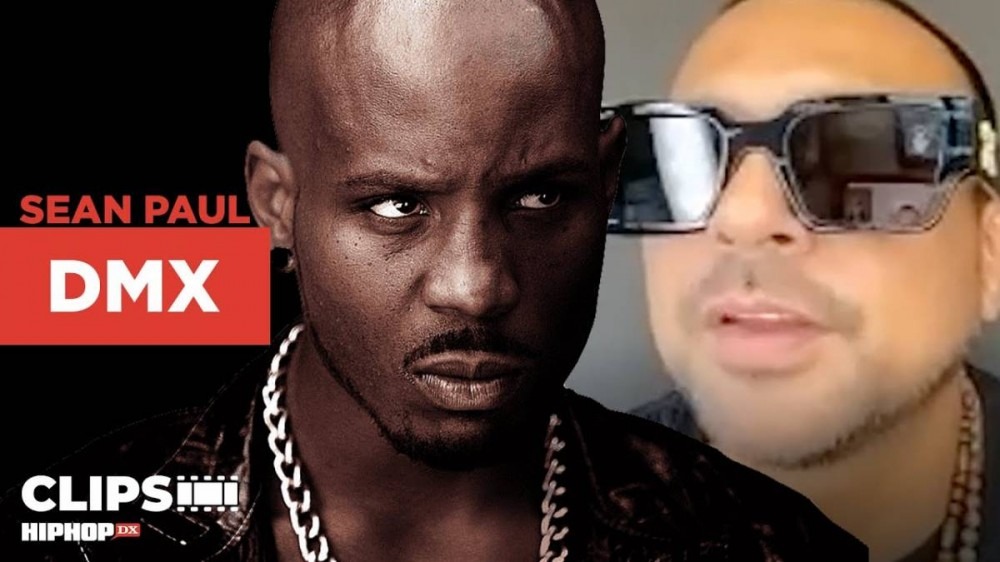 EXCLUSIVE – Sean Paul was given the opportunity to appear in the classic Belly movie during the early stages of his career, all thanks to a helping hand from DMX. In a recent interview with HipHopDX, the Jamaican dancehall star explained how the whole thing came about after collaborating with Dark Man X on the soundtrack song, “Top Shotter.”

He told a story about his DJ and brother going to an annual dance but he decided not to go as he was grinding in the studio. DMX ended up being at the event and Sean Paul was gutted about missing him, but his fortune changed the next day.

“I went to sleep upset,” he said. “The next morning, I woke up with a phone call from Tony Kelly. My phone was ringing, you know, one of those early cell phones, and he’s like, ‘Yo, come to my studio now to do a song with DMX and Mr. Vegas.’ I was like, ‘Yes sir!’ I immediately just ran and left my house. Reached over there, X wasn’t there. It was me, Vegas and the riddim basically. Tony left us in the room and said, ‘You just build something for it.’ He said, ‘Hype Williams is shooting a movie and wants a song to put in the movie, so let’s do this.’ I was like, ‘Alright, wicked.’

Sean Paul revealed the song he and Mr. Vegas were originally singing was something catered to the ladies, so they needed to “go gangsta with it” to match DMX’s energy. Things were moving so quickly that by the next day, he’d already been invited onto the set of Belly.

“I was getting more calls like, ‘Yo, they’re gonna shoot a video and they might put you in the movie, just come along,’” Sean Paul said. “I was like, ‘Wow.’ We actually did reach to the stage part of Belly and they were like, ‘Just go up there and sing the song a couple times.’ I was kinda like, so where’s DMX now?’ And he wasn’t there, but they were like, ‘This is just a scene where they’re gonna show a dance-off but we’re putting this song in the movie.’

“I was crazy happy. There were a few days out there, just kinda pre-prep and that kind of stuff. X came out there, he was chilling in the tour bus, it was like a bus outside. I remember he called my brother “Farm” because the first time he met my little brother, he came through with a pound of weed.”

He added, “It was good days and just exciting for me as a young artist to be put on such a platform. That was one of the biggest things to happen to me back in the day there. So big up Hype Williams, big up Tony Kelly, big up Vegas and big up the dog. R.I.P. DMX.”