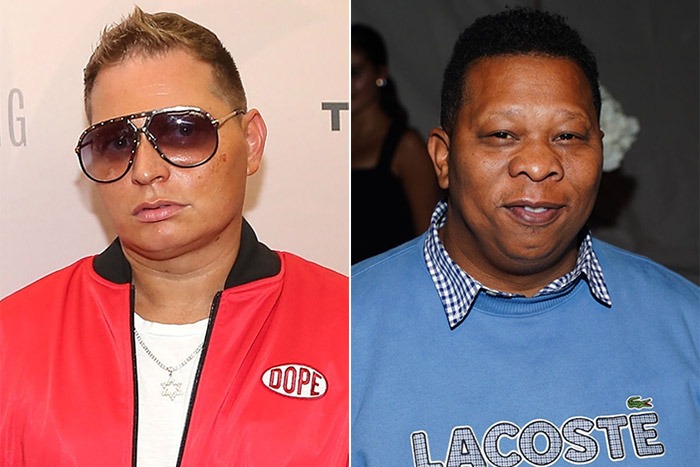 T-Pain and Scott Storch are stepping up to the challenge.

Two of hip-hop’s biggest hitmakers will face off in the next beat battle on Instagram Live. Timbaland and Swizz Beatz, who previously conducted their own beat battle, extended the invitation on social media and both accepted.

“Sometimes a challenge comes into your house and you gotta accept. Swizz hit me, Timbo hit me, and this is happening,” said T-Pain. “It’s gonna be a lot of hits. I can’t wait. Scott, you don’t want the smoke. You better get ready, buddy.”

The Auto-Tune King later admitted that he feared his opponent. “This boy @scottstorchofficial bout to curb stomp me,” added T-Pain. “Win or lose I’m honored to be apart of the biggest thing happening right now. Tune in and celebrate music history wit us! Shit gon be fun regardless.”

Storch also made it official. “I just got the call from Tim and Swizz. The paperwork is in,” said the super-producer. “It’s going down tomorrow, beat battle, T-Pain vs. Scott Storch. I know you got some fire, but I got some fire too.”

Fans are in for an epic battle as both have an arsenal of hits. T-Pain’s catalog includes classics like “Bartender” and “I’m Sprung,” while Storch has produced megahits for artists including Dr. Dre, Beyoncé, 50 Cent, and Justin Timberlake.

Beat battles are becoming Instagram Live’s new go-to form of entertainment amid the global lockdown. Timbaland and Swizz Beatz previously faced off during their own beat battle, along with The-Dream and Sean Garrett and Ne-Yo and Johnta Austin. Boi-1da and Hit-Boy also went live with their own battle during which they debuted new music from Drake, Nas, Big Sean, and Nipsey Hussle.

UPDATE: There’s been a change of plans. Instead of T-Pain, Mannie Fresh will now face off against Scott Storch during tonight’s beat battle, which kicks off at 9 p.m. EST.

“It’s a sad day all around the world. Today I gotta go pick out a casket for my homeboy Scott Storch,” said the legendary Cash Money producer while addressing his opponent.

T-Pain voiced his support for the revised matchup. “Monster Producer up against a beast producer. Makes a lot more sense lol,” he wrote. “The ppl spoke up so @timbaland and @therealswizzz are looking for somebody that makes more sense to go up against me. Ngl when they hit me with the @scottstorchofficial call I was ‘ni**a that’s weird but let’s go’ but yea. Producer at producer makes more sense for sure.”