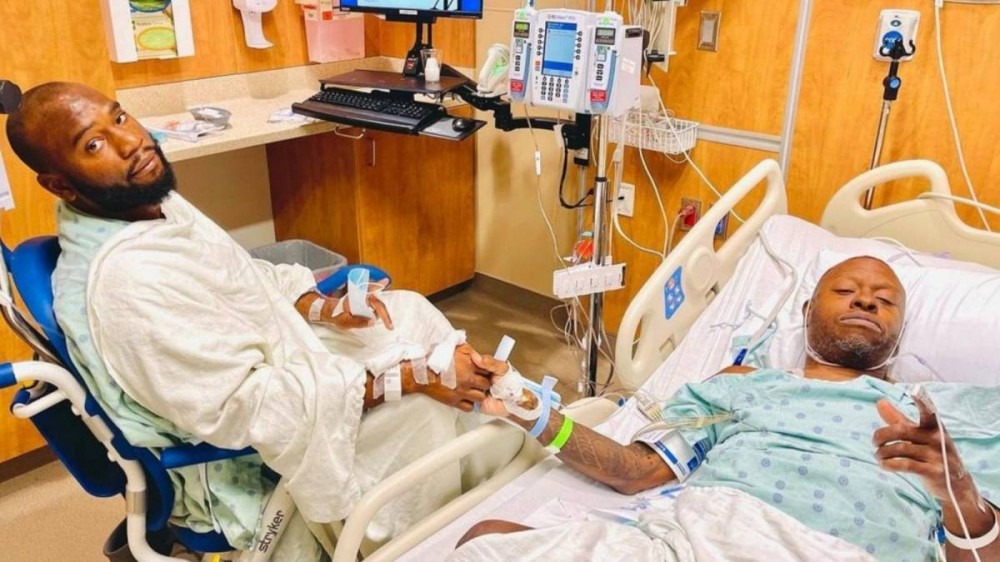 Geto Boys rapper Scarface (real name Brad Jordan) was hospitalized this week following a kidney transplant. But the donor wasn’t just anyone — it was his son Chris Jordan who rose to the occasion and gave up one of his kidneys.

Both Jordan men were in good spirits on Wednesday (September 15) shortly after being wheeled out of surgery. Rap-A-Lot founder J. Prince shared a photo of Scarface giving the thumbs-up from his hospital gurney and let everyone know the delicate procedure was a success.

The Houston rap legend later jumped on Instagram Live and praised his son (who was in the same room) for the selfless act — albeit with a healthy dose of humor.

“My son saved my life and I can’t say enough about him,” he said. “That boy saved my life man. And I love him so much. But I always said that shit though. He’s the best son a guy could have. Chris, you ain’t shit [laughs]. Don’t make me laugh, Chris. C’mon dawg. ”

Whether it was the painkillers talking or Scarface was just feeling extra comfortable with the hundreds of people watching the video, he put it all out on the table.

“I’m so proud of you [he said looking at Chris],” he continued. “I love you too much. You saved my muthafuckin’ life. You low down muthafucka. You’re selfish. Won’t let a n-gga die. That n-gga will not let me die [laughs]. I ain’t gonna tear up in here in front of all these people on Instagram Live.”

That’s when he got extra personal and confessed, “The surgeon said I started pissing everywhere. I must have been holding it because as soon as he plugged that kidney up, I was pissin’ like a muthafucka. I didn’t even know I had that much piss.”

At that point, a nurse was trying to get him to get up and walk the hallways but he said, “I ain’t even farted yet [laughs]” to which the nurse said, “Well, that’s what we’re trying to get you to do.”

HipHopDX sends our well wishes to Scarface and his son.