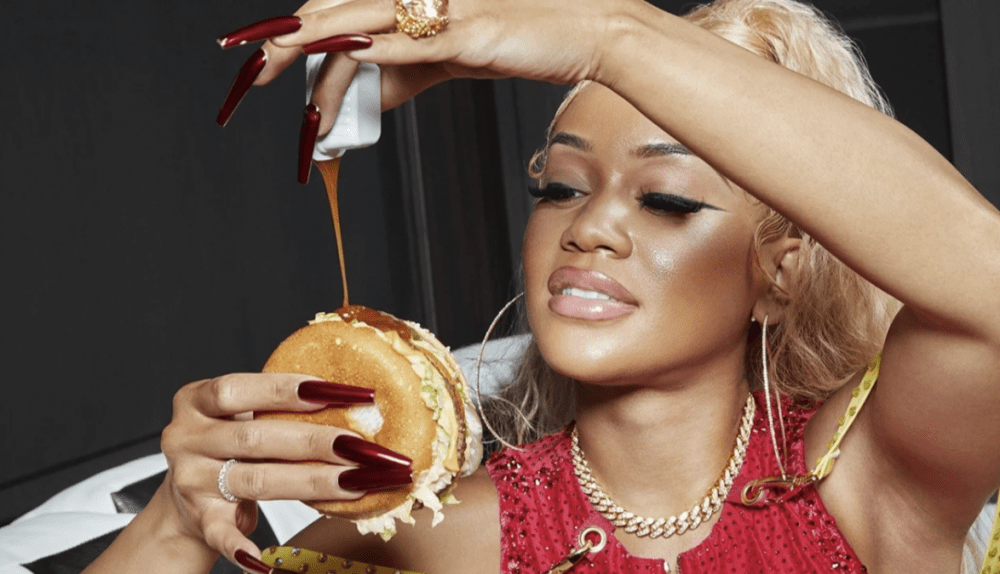 Known for loving her obscure food combinations such as putting ranch on her spaghetti, Saweetie is next in line to receive her own McDonald’s celebrity meal. The Saweetie Meal will be rolled out at golden arches locations across the U.S. starting on August 9.

The Saweetie Meal consists of a Big Mac, four-piece Chicken McNuggets, medium fries, medium Sprite, with Tangy BBQ and ‘Saweetie ‘N Sour’ sauces on the side for your dipping desires. Fans are encouraged to “remix” meals by throwing some fries into their Big Mac burgers.

“McDonald’s and I run deep – from growing up back in Hayward, California, all through my college days – so I had to bring my icy gang in on my all-time favorites,” she said about the partnership in a statement. “Depending on the mood I’m in, there are so many ways to enjoy my order. I like to keep things fresh – I know that’s right.”

@Saweetie gets her own @McDonalds meal pic.twitter.com/dGos28mrj3

On the music side, The “My Type” rapper’s fans are still patiently awaiting the arrival of her debut album Pretty Bitch Music. During a June interview with Big Tigger, Saweetie explained her decision to delay the project until later in 2021.

“Pretty Bitch Music was supposed to come out this month, but I was really living with it,” she explained. “And one of my goals is for people to really feel something with every song, so I had to go back and reconstruct some songs. Just know that I’m a perfectionist and it’s on the way.”