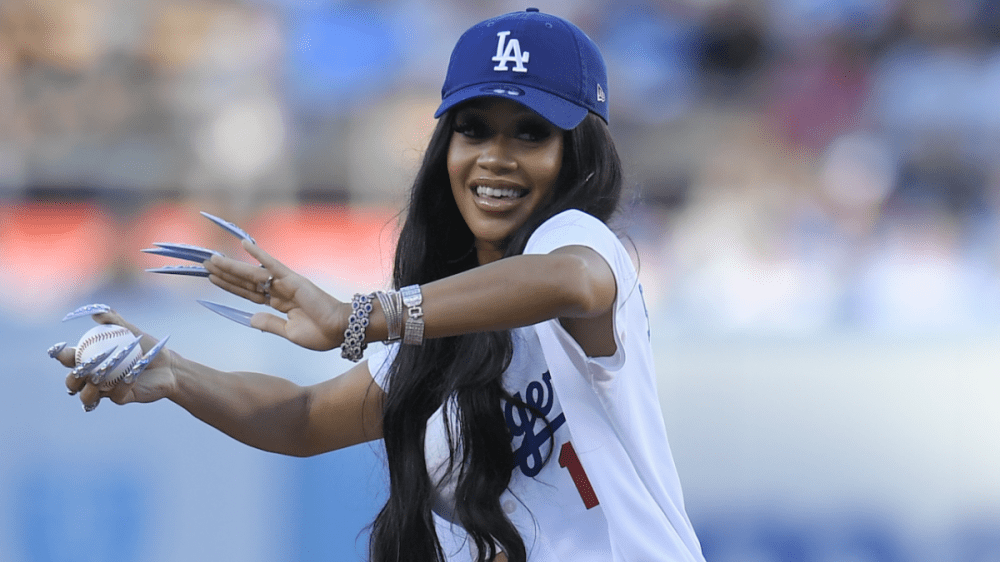 Los Angeles, CA – The Los Angeles Dodgers celebrated Filipino Heritage Night at Dodger Stadium on Thursday evening (July 7) and they invited Saweetie to come and throw out the first pitch before their game against the Chicago Cubs.

Saweetie didn’t want to sacrifice her drip for the night and instead of electing to go with some athletic footwear, the USC graduate took the mound wearing diamond-studded four-inch nails, glistening silver Louboutin heels and plenty of ice around her wrists.

The Grammy-nominated rapper admitted she was practicing in her living room before the game so she wouldn’t make a fool of herself. Saweetie has nothing to worry about as she left 50 Cent in the dust while delivering a decent one-hop pitch to Dodgers star Mookie Betts behind the plate.

Speaking to Spectrum News 1, Saweetie also relayed that there’s plenty of work to be done in the Filipino community through her non-profit Icy Baby Foundation.

“Just helping out people who look like me in lower-income communities,” she said. “We need it, we need to educate and make sure the babies grow up to have a bright future.”

Saweetie proved to be a good luck charm of sorts for the juggernaut L.A. Dodgers as they went to down the Chicago Cubs by a score of 5-3.

Find the first pitch above.