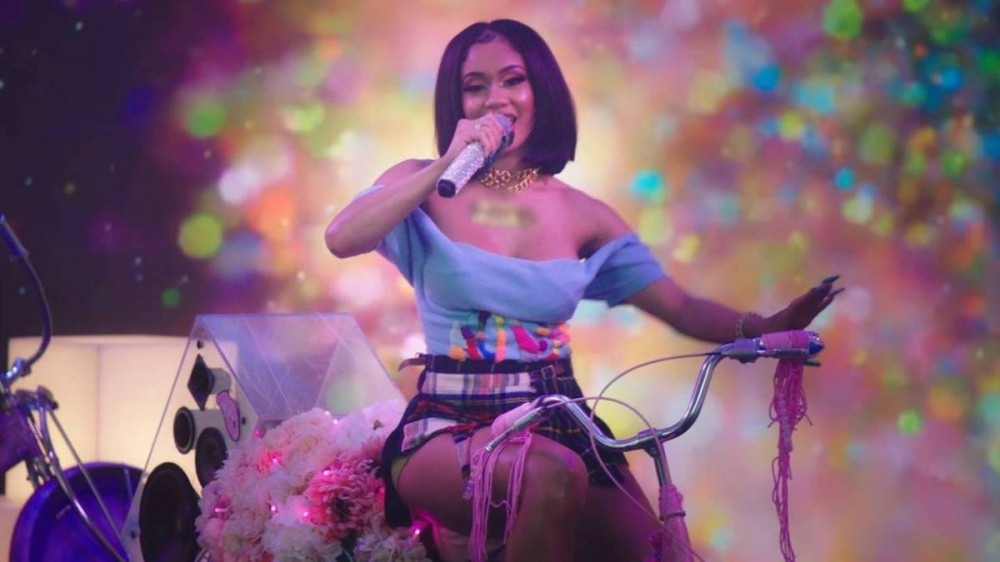 One thing that rappers are guaranteed to have when embarking on a career in music is haters. They’re unavoidable and will do their best to discredit a rapper’s success.

Saweetie has her fair share of haters but she’s embracing them with open arms, a lesson her father taught her when she was a kid. During her conversation with Angela Yee on The Breakfast Club, Saweetie explained how her father used a classic Katt Williams joke to help her conquer her detractors.

According to the Bay Area native, high school was a tough time for Saweetie who had to deal with vicious rumors and other classmates attempting to jump her. The bullying obviously took a toll on Saweetie who told Yee how unhappy her life was at the time. Fortunately, Saweetie’s father gave her the much-needed boost of confidence.

The joke Saweetie is talking about comes from Williams’ iconic 2006 stand-up comedy special The Pimp Chronicles Pt. 1 where the comic speaks on the importance of having haters. Williams said haters are needed in our lives because they should be used as a measuring stick for success.

“What the fuck do you think a hater’s job is? To fucking hate. So, let them muthafuckers do they goddamn job,” Williams told the audience in his special. “Ladies, if you got 14 women hating on you, you need to figure out how to get to 16 before the summer get here. Fellas, if you got 20 haters, you need 40 of them muthafuckers.”

Saweetie was able to take those wise words and apply it to her life. William’s joke and her father’s way of using it as a lesson helped Saweetie grow into the woman and artist she is today.

On top of being amazed by her tough skin, fans are also intrigued by Saweetie’s diet. While hosting We The Culture’s Black Creators Day event on Facebook Live on Monday (March 1), the “ICY GRL” rapper decorated her spaghetti with ranch dressing which drew all types of reactions from fans.