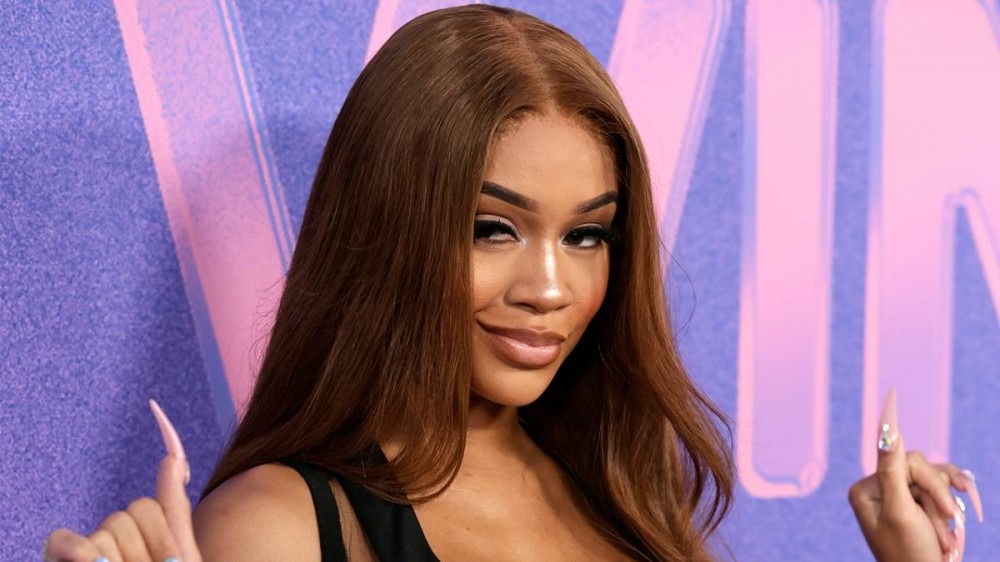 Saweetie is a good friend. The Cali-bred lyricist celebrated Dreezy’s upcoming birthday on Wednesday (March 23) by linking up for a studio session with cake in hand.

“I thought I was coming to work she caught me so off guard lol!!” Dreezy wrote on Instagram alongside a video of Saweetie bringing in a cake decorated in sparklers. “I didn’t know what to say. So sweet pretty and talented @saweetie Thank you again!

Dreezy confirmed the studio visit wasn’t all fun and games though, and that the pair did sit down and record. “Anddd we pushed our mf pen last night,” the “Ecstasy” rapper wrote.

The celebratory meet-up comes after Dreezy dropped off her new track “Covid Flow” on Tuesday (March 22).

“Mannn it’s been a min but I’m done waiting,” Dreezy wrote on Instagram following the track’s release. “Im dropping music back to back from this day forward. I’m the hardest rapper of my generation and this year y’all gone respect that. My bday in 6 days I’m poppin my shit all week!

“‘COVID FLOW’” out now !! Another new song next week! ?We back having fun with this shit! If you ready for new Big Dreez drop a comment.”

The song was the first new track from Dreezy since she dropped Big Dreezy in 2019, which was well-received by critics and included features from Jeremih, Offset, Kash Doll, Jacquees and Derez Deshon. She most recently lent her talents to King Von’s first posthumous record What It Means To Be King on the track “Hard to Trust.”

As for Saweetie, she dropped off her groovy new single “Closer” back in February, which featured H.E.R., and was the second single to drop off her forthcoming album Pretty Bitch Music.

Check out both the video for “Closer” and “Covid Flow” below.