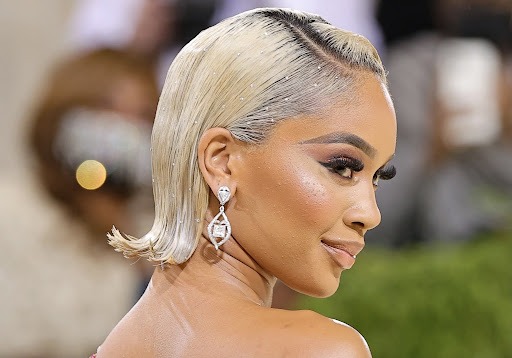 While the 28-year-old rapper has held her fans over with her “Pretty Summer Playlist” EP, Saweetie fans are still anticipating her debut studio album, “Pretty B*tch Music.”

There has not been a release date dropped for the album yet however, Saweetie has been keeping her fans up to date on the status of the album between shows and her luxurious lifestlye. Last weekend, the rapper performed at Power 105.1’s Power House at the Prudential Center in New Jersey where she graced the stage to perform recent hits like “Tap In” and “My Type.”

While backstage, Saweetie was asked about the status of her album and what she is up to these days. “I want a baby,” she stated. “I want a baby.” Saweetie repeated before being asked when the baby would come “I don’t know,” she responded. “I don’t have a man. I’m just ready. I’m getting older and I want a baby. I know I’m young, I’m very young. But let’s be real, I wanna pop that sh*t out and snap back.”

“We gotta find the right man who knows how to f*ckin’ communicate,” she added before stating that her album is almost done and that her and her team are trying to “curate something really special.”

Check out the video of the “Fast” rapper below.