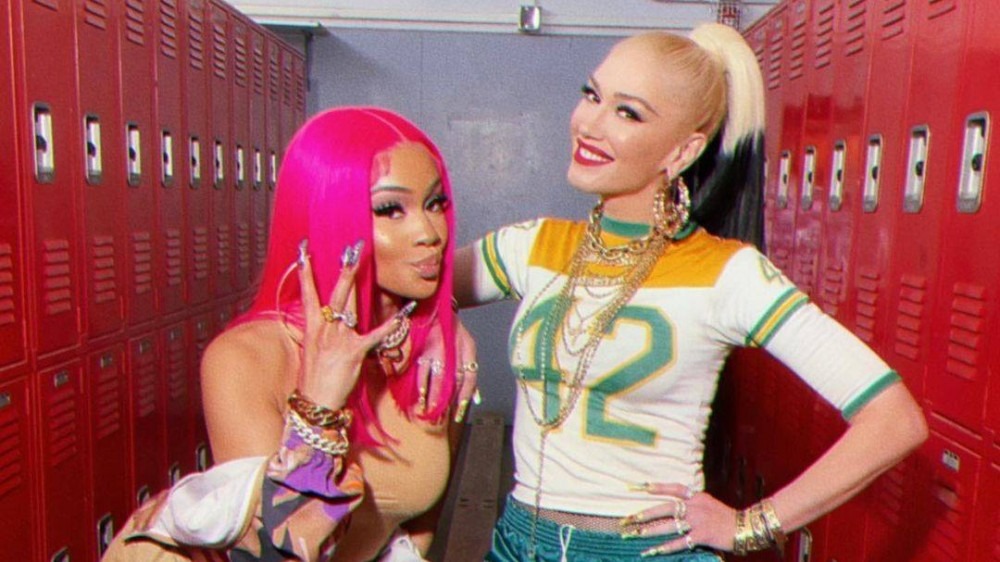 After a highly publicized breakup and an equally frenzied press run, Saweetie is getting back inside her rapper bag.

“u didn’t think we’d leave u without a music video, did u?!” Gwen Stefani wrote on Instagram while pumping the Friday (April 9) release date.

For her part, Saweetie echoed the promotion on her Instagram writing, “ @gwenstefani “SLOW CLAP” feat. me dropping this Friday 4/9 I KNOW DAS RIGHTTT,” with an assortment of party emojis.

Saweetie has also been keeping busy curating up-and-coming talent such as Drakeo The Ruler and Bbyafrika for her Pretty Summer Playlist, also dropping on Friday.

Before immortalizing her celebrity as a coach on music competition show The Voice in 2014, Gwen Stefani ensured her music legacy as the lead vocalist for multi-platinum 90s rock band (technically ska; look it up) No Doubt before embarking on an identically lauded solo career in 2004.

Throughout her ascension in the rock world, she famously won a Grammy in 2002 working with Hip Hop elite Dr. Dre and Eve for the song “Let Me Blow Ya Mind.” The distinction marked the first-ever Best Rap/Sung Collaboration Grammy Award and its video countdown-dominating visual owes its status to a bit of bad luck.

In a March 2021 interview with HipHopDX, Eve recalled how she accidentally set her hair on fire ahead of the “Let Me Blow Ya Mind” video — and she hadn’t even met her future Grammy co-winner yet!

“I burnt my hair off trying to color my hair red for the fucking photo shoot,” Eve vented, harkening on the pressures of a rap star circa 2001.

And despite the chaos, the collaboration proved to be a classic.

“I remember picking her brain — and I’ve told this story before — but we only met face-to-face on the set of the video of ‘Blow Ya Mind.’ We didn’t record it together, we only talked on the phone and there was so much there.