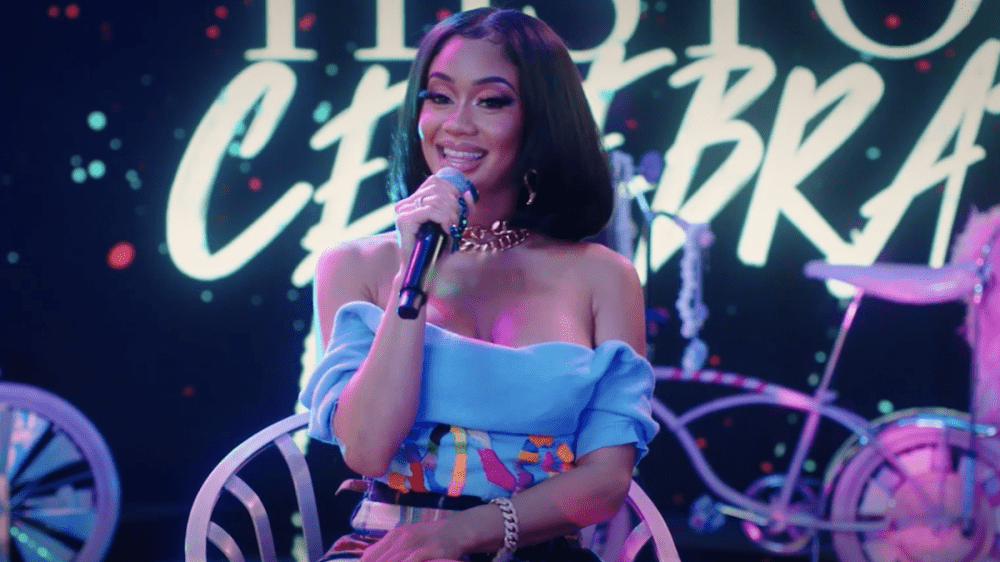 There comes a time in a young rapper’s life when they may come across one of their idols and bust out a freestyle in hopes of getting a co-sign, or even a spot on a record label. Saweetie had that experience when she busted a short freestyle for J. Cole back in the day.

Footage of the meet-up surfaced online where a young Saweetie is rapping for J. Cole in front of a tour bus. Saweetie’s rhymes are not the best, but her confidence is through the roof.

“On production, yes,” Saweetie said when asked if she would collaborate with Cole.

Saweetie and J. Cole getting on a track may be the last collaboration fans thought would probably ever happen. But despite how foreign the idea may seem, it’s not impossible. J. Cole linked up with 21 Savage on “a lot,” which won best rap song at the 62nd Grammy Awards, and “m y . l i f e,” another pairing that surprised fans.

In J. Cole’s Applying Pressure: The Off-Season Documentary released in May, the rapper spoke about collaborating with other artists and the idea that his fans always talk about him going platinum with no features.

“Do you really want to look back and be like, ‘You didn’t work with nobody’,” he said. “You didn’t have no songs with nobody?’ You just cool with that?’ No, OK! So start saying yes to some features.”

Saweetie’s debut album Pretty Bitch Music is due out later this year and fans couldn’t be more excited for the next chapter in the Icy Girl’s career. The 27-year-old is using her debut to redefine the word “bitch” telling Rolling Stone, “When I say ‘bitch’ in my music, I want my fans to know that it stands for something.”