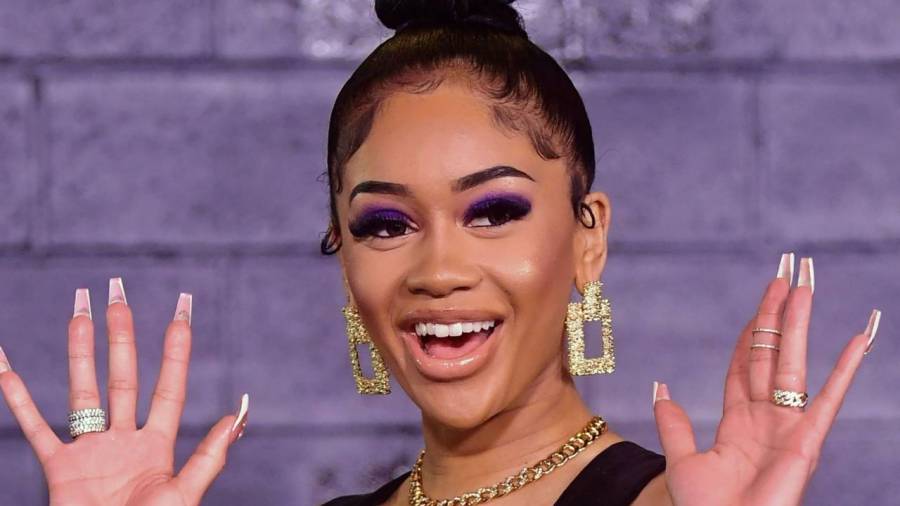 Saweetie is taking her talents to Hollywood. The “ICY GRL” rapper is set to make her acting debut on ABC’s Grown-ish on January 21 when the series returns from a mid-season break.

Saweetie will be making a cameo in the role of a bossy rapper named Indigo, who isn’t happy with the wardrobe picked out for her and she demands Yara Shahidi’s character (Zoey Johnson), who dropped out of college to be Joey Bada$$’ stylist, fix the situation or things could get ugly.

A clip premiered by Entertainment Weekly makes it seem that Saweetie will look to switch outfits with Shahidi’s rainbow fishnet-overalls to stand out amongst her dancers in the music video.

“I think Indigo is just a little bit of a bitch,” Saweetie said of her character in the episode. “She means well, but just sometimes she says the wrong things.”

She continued, “I wanted to make sure I delivered. I feel like with roles, whether if it’s an episode or in a music video, you always have to commit to the emotion of what you’re trying to portray. I thought it was cool, a little cheating but that’s okay: I played an artist and I’m an artist myself. But the girl’s attitude and personality is completely night and day with mine so I did have to learn about her. She’s a diva, she’s bossy.”

If all goes well in her debut, the 26-year-old hopes to continue to make a splash in the acting world and continue adding roles to her IMDB page as the years go on and she advances in her career. As of now, she’s expected to make multiple appearances in Grown-ish.

“I could definitely see myself having a show like that or just doing more guest-star roles, or even doing a movie,” she told EW. “I think it’s art. It’s fun to step outside my comfort zone and [it] allows me to just explore my creative side.”

Saweetie is expected to release her Warner Bros. debut album Pretty B*tch Music in 2021. Watch the clip above and tune into Grown-ish on Freeform on January 21 at 8 p.m. EST for the full episode.