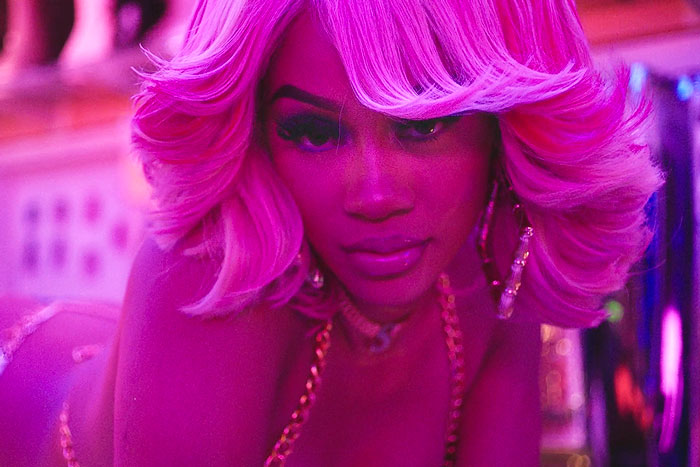 Saweetie goes “Back to the Streets” in her new video featuring Jhené Aiko.

The Daniel Russell-directed visual opens with a young Diamonté Harper at home before switching to present day. The “ICY GRL” rides bikes through alleyways before lifting off above the palm trees and into the pink L.A. sky. She hits up the wig shop and joins Jhené for a mythical photo shoot, switching up her look several times–from a rainbow buzz cut to sparkly blue hair.

Co-produced by Timbaland, “Back to the Streets” is set to appear on Saweetie’s upcoming album, Pretty B*tch Music, which features production from Danja, Lil Jon, Murda Beatz, and more.

The album will feature more singing from Saweetie. “Now that I’m able to explore my more artistic side, it’s just gonna be a lot more different vibes that I don’t think people are gonna expect from me,” she told For(bes) The Culture.