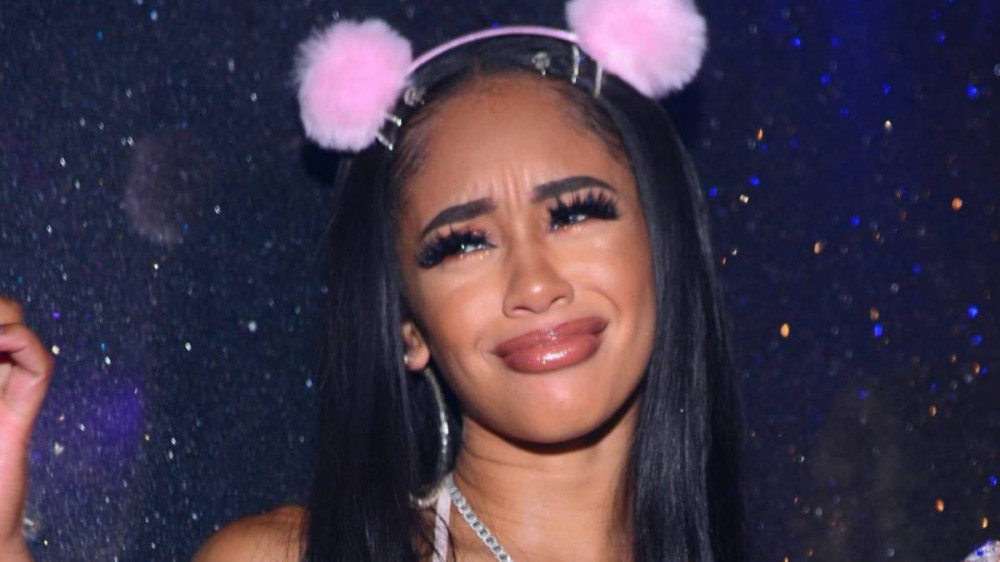 Fans on social media were divided following the news that Saweetie and Quavo were allegedly hanging out again. The two separated in March and had an ugly post-breakup involving repoed cars and surveillance footage. Many praised the couple while others were happy they broke up, so news of them speaking again was sure to cause an uproar.

It seems like people are making up stories, though, according to Saweetie. The Icy Girl took to her Twitter profile on Thursday (August 26) to address the rumors of herself spending time with her ex-boyfriend Quavo.

“Pinocchio ass article anyways back to this #saweetiemeal,” the Bay Area native wrote in a retweet of a story about Quavo and Saweetie hanging out by HollywoodLife.

Saweetie won’t let false rumors about her run rampant. Anyone hoping the two were on good terms better not hold their breath as Saweetie is reassuring that it won’t happen anytime soon. She’s too busy enjoying the success of her recent McDonald’s collaboration.

The Saweetie Meal consists of a Big Mac, four-piece Chicken McNuggets, medium fries, medium Sprite, with Tangy BBQ and ‘Saweetie’ N Sour’ sauces on the side. Known for loving absurd food combinations, Saweetie encouraged consumers to mix and match sides and sauces with their Big Mac.

“McDonald’s and I run deep – from growing up back in Hayward, California, all through my college days – so I had to bring my icy gang in on my all-time favorites,” she said about the partnership in a statement. “Depending on the mood I’m in, there are so many ways to enjoy my order. I like to keep things fresh – I know that’s right.”