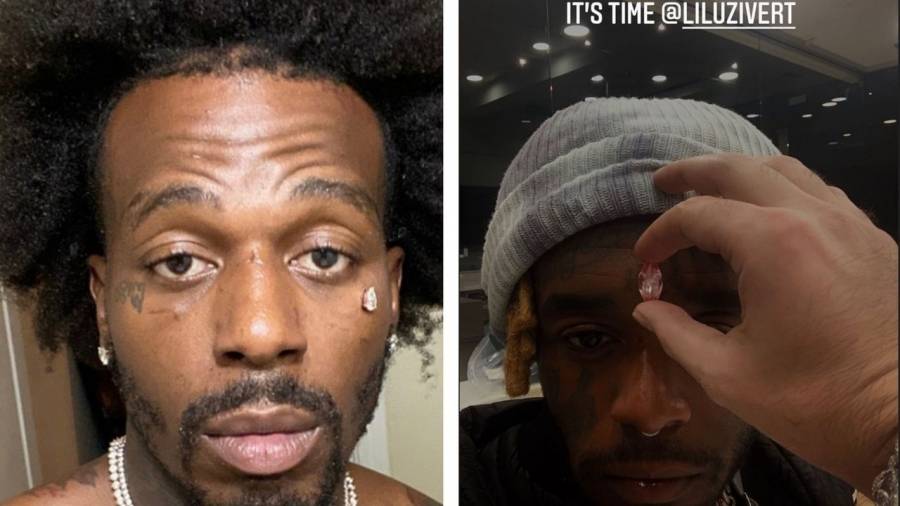 Texas rapper Sauce Walka has words for Lil Uzi Vert and Soulja Boy, and has also locked in on celebrity jeweler Elliot Eliantte as a target — again.

For starters, Sauce’s beef with Uzi stems from the Philly rapper’s recent announcement of the natural pink diamond he purchased from New York-based artisan Eliantte intended for a face implant.

In a series of tweets on Saturday (January 30), the Eternal Atake rapper implies he paid Eliantte $24 million for the rare stone and claims he had the blueprint for the idea since 2017 but just finished paying for it following a years-long layaway payment plan.

Last December, Sauce debuted his own $250,000 diamond tear drop dermal face piercing and called out Eliantte in the process for being a fraud and even claimed that Uzi wasn’t a fan of his work because of it. He actually went in on the jewelry designer, who he called a “fake Diamond selling bitch” in a two-minute Instagram video days before flossing his new accessory.

“I fuck with Takeoff, I fuck with Quavo, I fuck with the Migos — I got a relationship with them,” he prefaced his rant. “Them like my brothers, we can fuck around like that. You!, You, ‘We getting arab money,’ I don’t know you.

Sauce also believes he’s the inspiration behind Lil Uzi’s new ice and addressed the alleged style-biting in an Instagram post on Saturday.

“Keep following The leader lol,” Sauce wrote in the caption. “YALL LOOK AT @eliantte @liluzivert GETTIN TO COPY A NIGGA DRIP dick munching my style for 4-5 years lol yal still can’t see this shit DRIPGOD IS MY NAME TooMuchSauce lol S/o @liluzivert I KNO IM THE INFLUENCE TO YOUR INSPIRATION.”

Sauce also seemingly sent shots at Soulja Boy due to the SODMG rapper’s perceived criticism of his new diamonds. Soulja purportedly commented on a video of Sauce and his TSF gang passing around a diamond tester shortly after showcasing his diamond tear drop. Sauce also took a video to video to disparage Soulja for throwing shade.

“Who said who broke,” he rhythmically chimes in the clip flashing money. “I ain’t never seen Soulja Boy come drip like this.”

Though he’s obviously fixated on getting one-leg-up on his rapper competition in the ongoing online jewelry battles he’s constantly embroiled in, Sauce appears to be making his return to the music side of the industry and shared the video to his single “Without You” last week following his recent release “R.I.P Buddy.”

Watch the full video for Sauce Walka’s “Without You” below.