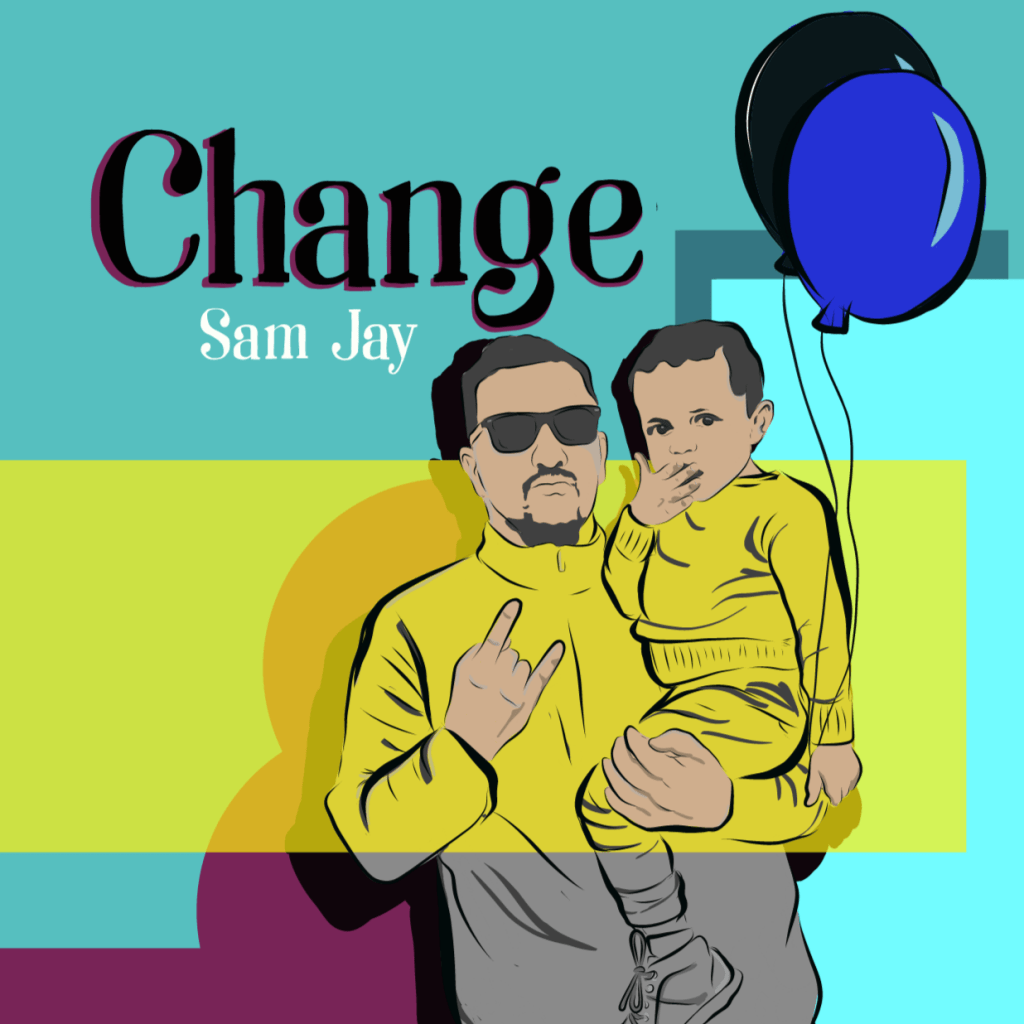 Earlier this month, Denver rapper, Sam Jay, released the video to his latest single, “Change”. The chant-heavy, down-tempo anthem for the fathers in his audience is the bonus track on his last album, A Wave Supreme.

“‘Change’ was super personal to write,” he said. “It was the things on my mind at the time, my music career and movement were not where I wanted, but I felt almost reborn and rejuvenated. I felt like I could live, and create, forever.” The rapper wrote the song shortly just before the birth of his son.

“To become a good dad I would have to be more responsible, more thoughtful, more everything” he added. “The excitement of driving my then fiance to the hospital, I still remember it very vividly. I was all of these intense emotions, scared, excited, nervous, and a lot more.”

One of most difficult things he dealt with while recording A Wave Supreme was the discipline and energy required to complete the project while taking care of a child. “I want to do my best to be a good dad, so it would be hypocritical if I was just blowing off my responsibilities to work on music all the time. And that’s with no investors or anyone besides a little bit of help from some friends and family here and there for like, studio time. So it was a hella grind.”

While he took some time to concentrate on raising his son, he felt like the world–specifically, the hip hop world–sped up. New styles and sounds from new hip hop stars became popular in a few short years, completely changing the landscape of the music industry. “I’d be lying if I didn’t say the general change in a lot of new hip-hop towards the sound dudes like Lil Yachty and Lil Uzi Vert, Juice World, etc didn’t weigh on my mind,” he said. “It may not be my cup of tea, but I respect anyone making the art they want and reaching a big audience with it. My style is much more of a narrative style of rap…There’s dashes of autotune on parts of certain songs like ‘Spring Breakers’ and ‘Champagne Beemer’ but songs like ‘Magic’, ‘The Stars’ and ‘Change’ are still meaningful shit that I hope touches people’s spirit.”