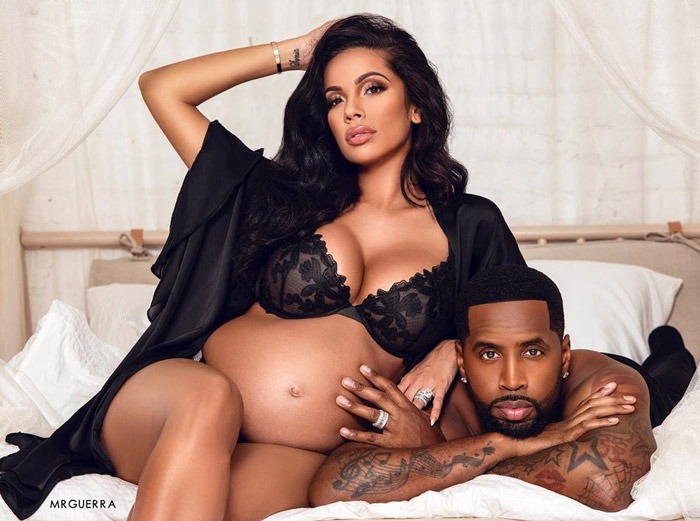 Congratulations are in order for Safaree Samuels and Erica Mena.

The “Love & Hip Hop” stars have welcomed a baby girl into the world. Safaree shared the big news with his 2.8 million Instagram followers on Monday along with a photo of him holding his daughter’s hand.

“These pass 24 hrs have been an adventure to say the least!! I’m a part of the #girldad club now 🙏🏾. Perfection is here,” wrote the new dad.

These pass 24 hrs have been an adventure to say the least!! I’m a part of the #girldad club now 🙏🏾. Perfection is here ❤️

Safaree had to cancel a show due to his daughter’s arrival, but offered an apology to fans. “Sorry to everyone who came out to see me in Rhode Island last night,” he wrote on his Instagram Story. “But as I was getting ready to leave my wife’s water broke.”

The couple announced that they were expecting in October, and were married less than a week later.

Safaree previously opened up about becoming a dad. “I’m excited. I’m nervous. I’m in shock. I’m in disbelief. It’s like very surreal to me,” he said. “I don’t know what the hell to do, but I know I’m going to be great at what I do because I’m great at everything.”

He already has big plans for his baby girl. “This baby will come out of the womb working,” he joked. “I was working very early. I’m about to pull a [DJ] Khaled. This baby, as soon as it comes out, we are working.”

This is the first child for Samuels and the second for Mena, who has a 12-year-old son King Conde from a previous relationship with Raul Conde.