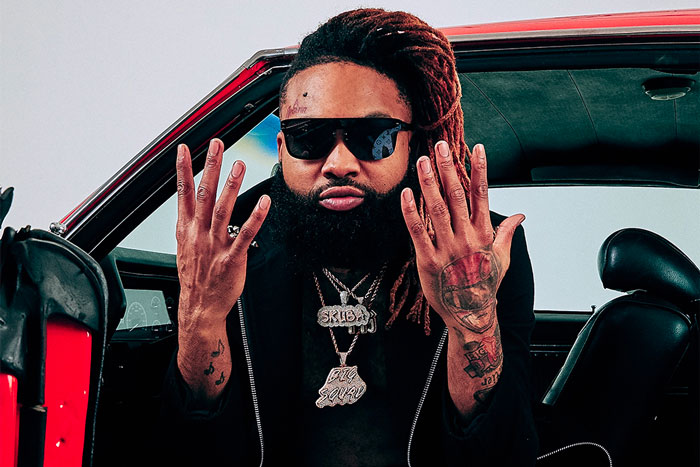 Earlier in the week, fans dug up offensive tweets from the “Whole Lotta Choppas” rapper after he responded to a fan with a homophobic comment. The old tweets, which date back to 2010, include homophobic and colorist remarks, as well as comments supporting rape.

I find it corny when y’all dig up people old tweets but Sada Baby homophobic, a rapist, and colorist? Yeah get him outta here. pic.twitter.com/c54CDva1dY

And wished death on Beyoncé when she was pregnant. pic.twitter.com/9vS2ZDAx5I

When the tweets first resurfaced, he didn’t seem remorseful. “y’all kan find every and any old tweet in the world from me. I don’t kare,” said Sada. “I’m not even logged into my twitter and haven’t been for months.”

However, he has since apologized following backlash on social media. In an Instagram video, Sada addressed his offensive remarks, saying he was around 17 or 18 at the time.

“My first initial response to the tweets on my story may give people the idea that I don’t sympathize with females that have been raped or situations. I’m almost 30 years old and I don’t fu**in’ tweet, don’t got the password to my Twitter, none of that,” he said before comparing his “old views” to that of Justin Bieber telling a racist joke when he was 15.

“That’s old shit that you can’t judge me on,” added Sada. “As far as the homophobic tweets, I got goddamn homosexuals that work at my label, you feel me, that’s personally working with me. I deal with him twice, two, three times out the month in person, in real life.”

He also defended his colorist remarks. “My baby brother Chico is blacker than Lil Yachty,” he said. “So you can’t think I’m a colorist. All that shit was just some old shit from when a ni**a was young and just wildin’ out.”

Sada claims that he’s matured and is no longer that person. “I don’t stand on none of them views. Them views is not the Sada today. I’m a grown different whole type of man and understand that shit like that is not acceptable.”