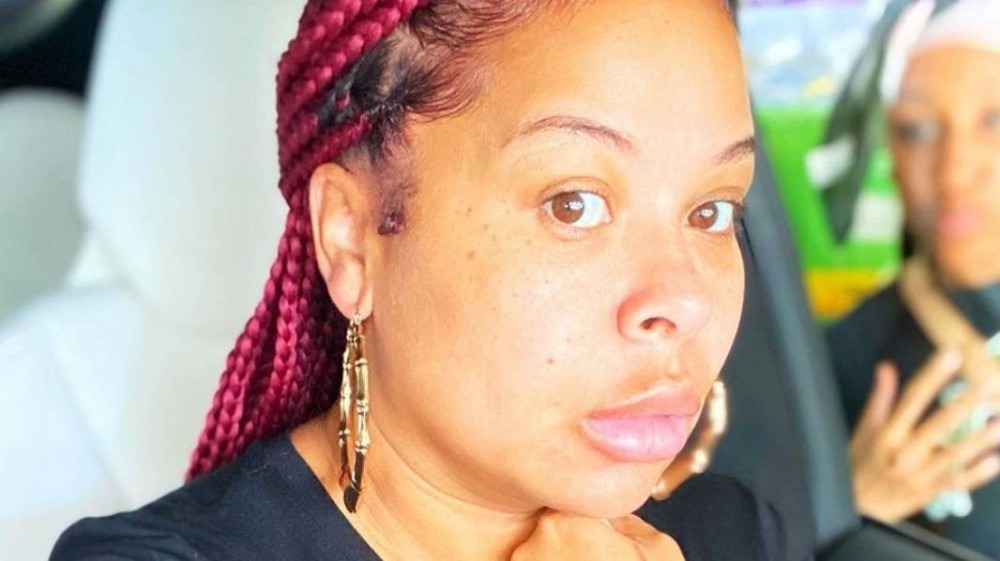 T.I. and Tiny Harris’ former family friend Sabrina Peterson triggered an avalanche of sexual abuse allegations against the couple in January when she revealed Tip once held a gun to her head. Abuse claims have continued to mount over the past five months, but Tip and Tiny maintain their innocence.

So when Peterson shared an Instagram Live video last week demanding an apology in exchange for dropping her defamation lawsuit against the Harrises, T.I. found it hilarious. On Monday (May 31), the Hustle Gang boss shared an Instagram photo of himself laughing hysterically in a mustard yellow suit as Ne-Yo, Kevin Hart and Dave Chappelle laugh along.

He wrote in the caption, “An Apology???? [laughing emojis] -Drako voice. #WhatItsComeTo.”

Now, Sabrina Peterson has responded — albeit rather cryptically.

On Monday (May 31), the Glam University owner shared another Instagram post that included a “Narcissist Checklist,” which listed things such as “Two faced, putting friends and family down behind their backs” and “Tendency to blame their lack of success and failures on others.”

She added in the caption, “Pride comes before the fall,” essentially accusing Tip of fitting the criteria.

T.I. and Tiny have been vocal about fighting their sexual abuse and drugging allegations. In April, New York lawyer Tyrone A. Blackburn announced he was “speaking with investigators from multiple jurisdictions to pursue criminal charges” after three new alleged victims came forward.

One woman claimed the couple forced her to take drugs before taking her to a hotel for sex where “she could not consent” in 2010. Another woman alleged Tip and a male friend drugged and raped her in a hotel room that same year, while the third woman said she was drugged and “sex trafficked in Nevada, California and Florida.”

Attorney Steve Sadow suggests the fact their alleged victims refuse to identify themselves does nothing but damage their credibility.

“The Harrises are still waiting for the accusers to reveal themselves publicly,” he said in a statement to HipHopDX in April. “By continuing to hide behind anonymous allegations, the unnamed accusers effectively render themselves not credible and unworthy of belief. We say: let the light shine on their identities so we can go about disproving these scurrilous accusations.”

In March, Blackburn, who already represents eight of the other accusers, said five additional women and one man had come forward, alleging the couple drugged them and took advantage of them anywhere between 2008 and 2015. Blackburn admitted he’d only taken on one of the alleged victims’ cases at the time because it was the “only one he could corroborate.”

The couple has already skated around one case in Las Vegas due to the statute of limitations on the case.