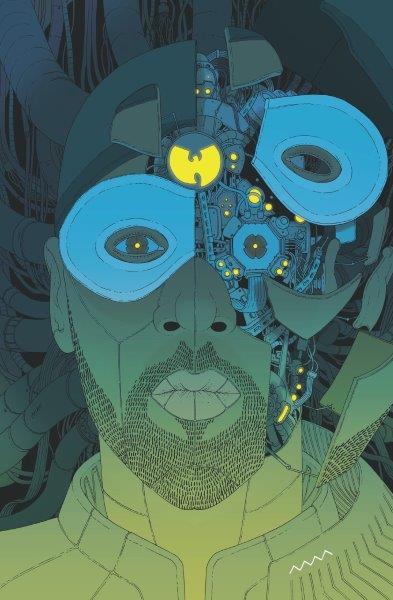 RZA has announced his new book, Bobby Digital and the Pit of Snakes, an original graphic novel that will be released in 2022.

RZA, the founding member of The Wu-Tang Clan, introduced his Bobby Digital in 1998 via his Stereo album. The album lush digital orchestral sounds and inventive beats, putting the rapper’s love of comic books on full display through its concept and execution. Twenty-three years after the release, RZA has partnered with Z2 Comics to give a story in the medium that inspired the character.

“Out of all my creative personas and alter egos Bobby Digital is probably the best fit, for comics and graphic novels,” RZA said.It’s a pleasure for me to collaborate with Z2 Comics and bring this lush world of creativity into the comic space. The readers are going to be hit with something they never seen coming. Bong – Bong.”

“RZA has always shown himself to be a Swiss Army Knife of creativity, elevating every medium he touches, and to be able to help bring an already existing comic/music hybrid such as Bobby Digital to the page is amazing,” Z2 Publisher and CEO Josh Frankel said. “I think everyone will be equally amazed at the result.”

Who are you, what is real? This is the question Bobby Digital is seeking to answer. Embracing his id, ego and superego he embarks on a quest to figure out the nature of his reality and himself. He will be ambushed by enemies unknown, he will be tried in ways most men can’t endure. Will he be victorious? Most of all, will he survive the Pit of Snakes?! From the mind of the legendary RZA, Bobby Digital and The Pit of Snakes will coincide with the relaunch of the iconic character and be synced to music that will melt your mind.