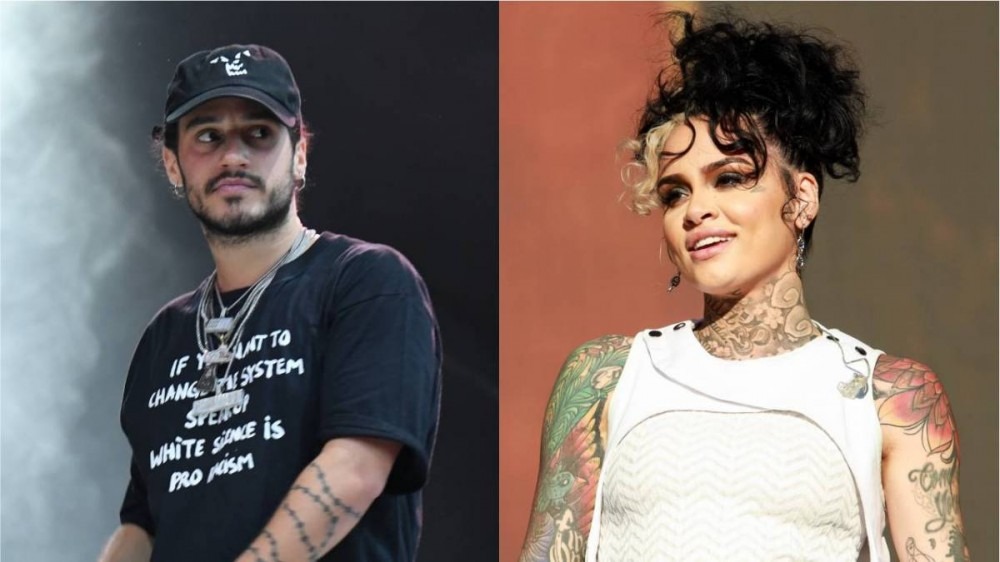 Kehlani is fond of collaboration, joining forces with T-Pain for “I Like Dat,” a flip of the autotune king’s “Buy U A Drank.” However, after running into Russ at a function, the R&B singer may be lining up another major collab in the works.

In footage shared by HipHop-N-More, the two were be spotted at an unidentifiable club and immediately made plans for a possible album.

“I just told Russ I would make an album with him in the club,” the R&B singer says in the clip. “Listen, hold her accountable, because I doubt it,” Russ responds.

After HHNM shared the clip, it surfaced on Twitter. Russ responded to the tweet in a since-deleted post tweeting, “Russ x Kehlani project” followed by pair of eyes emojis.

The discussion between a joint effort arrives as Kehlani prepares to release her Blue Water Road album, the follow-up to her lauded 2020 release It Was Good Until It Wasn’t.

Back in 2020, Russ had already pondered a potential joint effort with Kehlani but it featured more players than her on the project. After releasing his CHOMP EP in November 2020, he spoke with Ebro Darden on Beats 1 and detailed why an R&B follow-up would be the right move after strictly rapping on CHOMP.

“I might have to come with five songs and it’s me and Keyshia Cole, and Kehlani, and Ari Lennox, and there’s not an ounce of rap on it,” Russ told Ebro. “And you put that right next to CHOMP and it’s like, enjoy.”