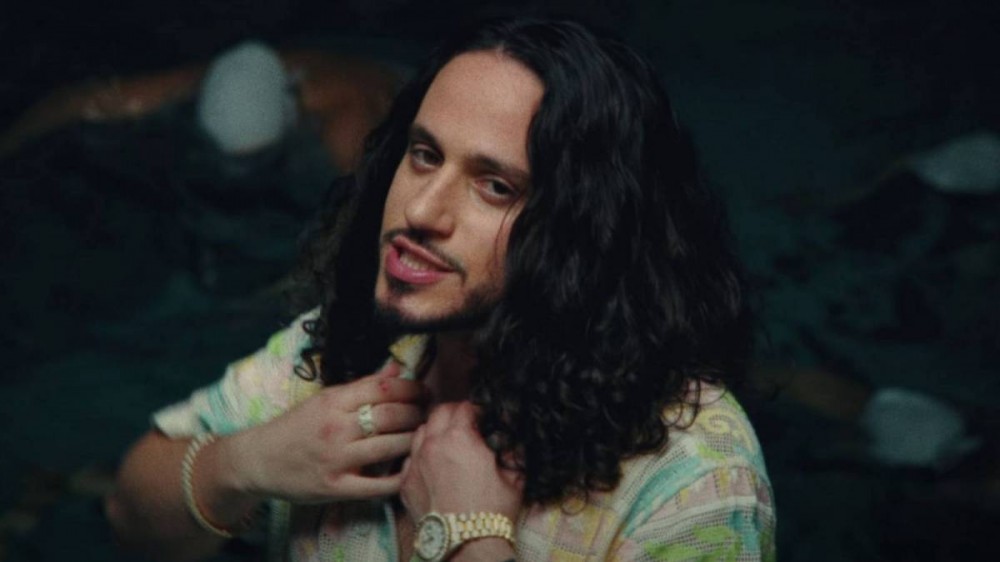 Just as he started off the year, Russ is back in his bag to finish off 2021 following the release of his rap-heavy Chomp 2 album.

Russ recently delivered the visual for the album track “Seduce,” and remarked on the production of the video in an Instagram post on Tuesday (December 28), revealing he shelled out a hefty amount of cash from his own pocket to make it all come to life.

“For those wondering how I got to the platform in the Seduce video watch till the end to see if I fell or jumped,” he wrote in the caption. “Proud of what we were able to pull off in a week. Came outta pocket $200k and made this insane visual happen with limited time and resources, independent. No ceilings.”

In a separate IG carousel post, Russ went into details about the lengths he and his team went to cast and orchestrate the video, including flying out all 26 professional synchronized swimmers and the Olympic coach who choreographed the athletes’ performance for the shoot.

Just like Russ opted to think outside of the box for his “Seduce” video, he challenged his fellow rap peers to break away from the status quo and push themselves to create at a high level.

“I’m trying to just cultivate a home for people who want to rap and just go crazy,” he said. “Not any of this eight bars and then bridge, nah, rap for a minute and a half. And then you rap for a minute and a half and we’ll put a little hook in between just to get us through the sh*t, and let’s keep it pushing. I’m trying to create that home because I know I’m a fan of that style of rap. You feel me? And I wish more artists who can rap and really go, would make these projects… Would do a CHOMP-like series, because I still like hearing rappers just rap on a beat for two and a half minutes, eight songs in a row. I still like that.”