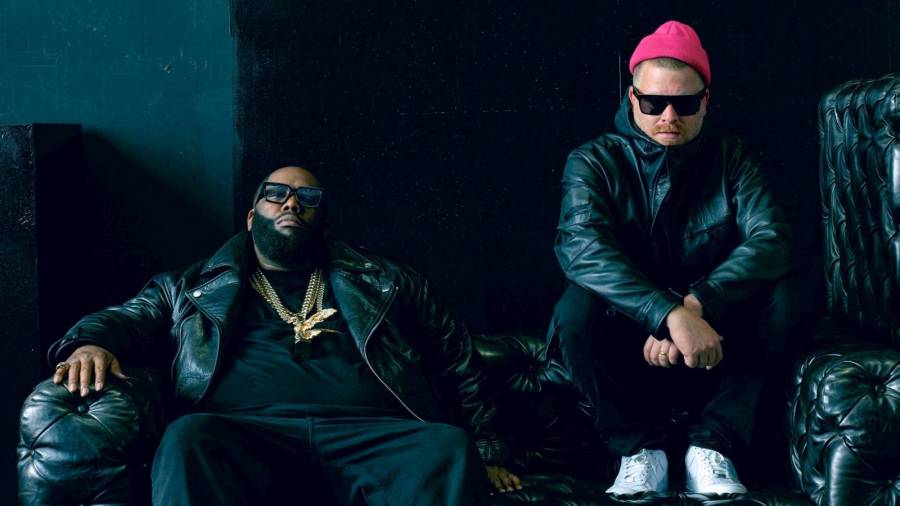 Run The Jewels — the politically charged duo of Killer Mike and El-P — are back with a new visual for “walking in the snow,” one of 11 tracks on their critically acclaimed Run The Jewels 4 album.

Directed by Chris Hopewell, the same man behind the camera for the RTJ3 track “Don’t Get Captured,” the stop motion visual stars action figure versions of Killer Mike and El Producto who’ve been thrust into “a bedroom city” overrun with toys.

Unfortunately for the citizens of bedroom city, authoritarian forces have seized power and are attempting to squash revolt with overt violence. But the heroes of the story eventually link with a secret rebel force who overthrow the evil overlords.

“walking in the snow,” which also features Gangsta Boo, stares down the prison-industrial complex, United States education system and rampant police brutality, specifically the death of Eric Garner who uttered “I can’t breathe” shortly before his 2014 death at the hands of NYPD officers.

Eerily, the song was written before the May police killing of George Floyd who also pleaded with the officers using that same phrase, making the song feel even more relevant than ever.

“Everyone was very aware of the gravity of the subject matter and RTJ didn’t want to be too obvious or on the nail with the visuals, so we went with an 80’s style fantasy look with evil snow warriors and their icy king oppressing the bedroom toys,” Hopewell explained in a press release. “It was great to be involved with a project with a positive vibe to end a pretty fucked up year.”

Run The Jewels are up for multiple HipHopDX Year End Awards, including Best Hip Hop Album and Verse of The Year for Killer Mike’s verse on, yep, “walking in the snow.”