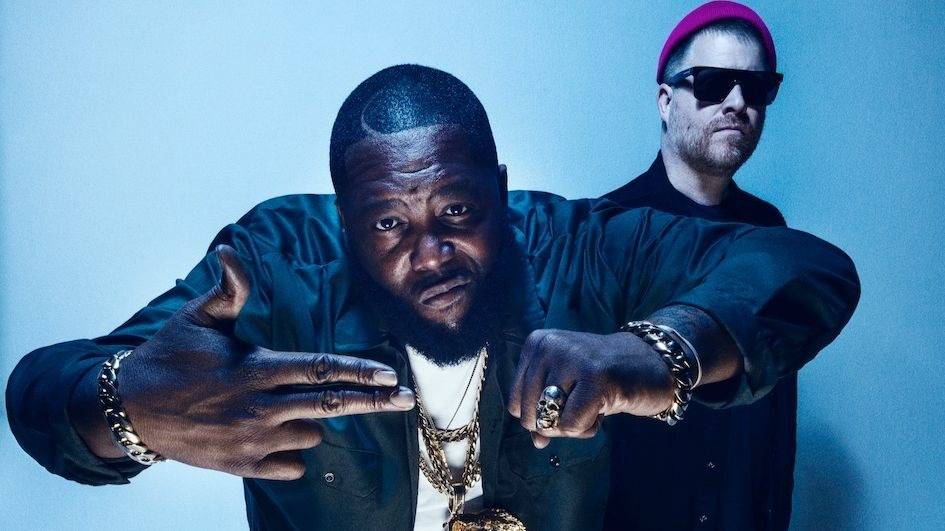 Run The Jewels are back with a new single called “No Return Point,” their inaugural offering since the release of their critically acclaimed album Run The Jewels 4 in May. The song was crafted for Cyberpunk 2077, an upcoming action role-playing video game developed and published by CD Projekt.

Par for the course, “No Return Point” finds Killer Mike and El-P delivering poignant social commentary over an explosive, hard-hitting beat. A Mike Diva-directed video for the song will make its premiere on Friday (November 13) at 11:25 p.m. EST as part of the Adult Swim Festival.

In addition to the song, the motley duo is releasing a exclusive merch line with Run The Jewels-inspired images that are featured in the video game as part of their partnership with Cyberpunk. The limited Run The Jewels x Cyberpunk 2077 collection launches at the end of the week and features RTJ x CP heavyweight hoodies, t-shirts and accessories.

Meanwhile, Cyberpunk 2077 is expected to arrive on December 10 for PlayStation 5, Xbox Series X and Series S, Google Stadia, Xbox One and Microsoft Windows.

Until then, check out Run The Jewels’ “No Save Point” below.