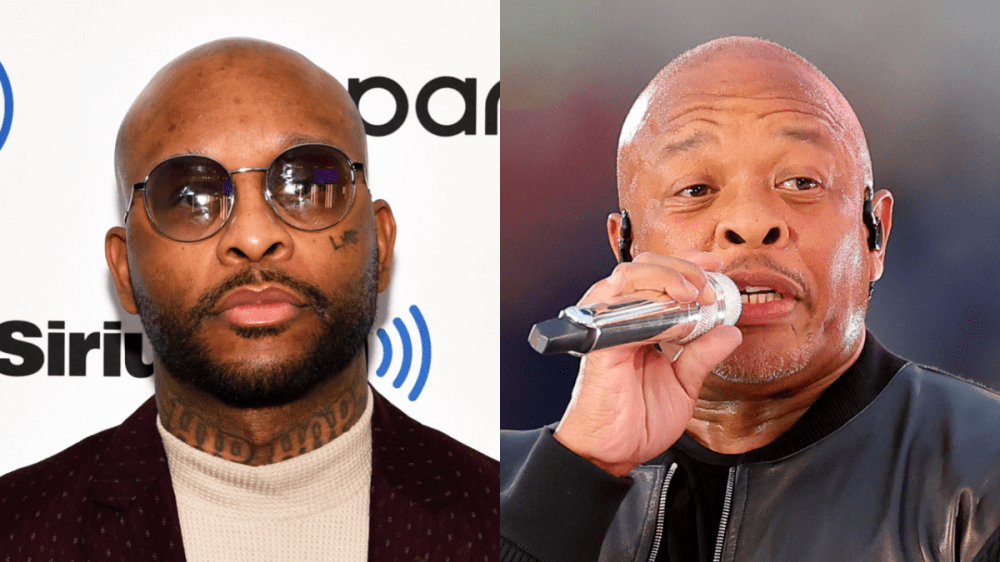 Initially called “The Way I Be Pimpin,” the song featured Nickle Nine rapping: “My life in the fast lane, that’s when I knew I had game/ Class came, I had hoes but didn’t know they last name/ In school, when you n-ggas were trading clothes, me and my n-ggas was trading hoes/ Like, what they fadin’ for/ Carry my books, you hoe/ I had them slavin’ yo.”

The post caught the attention of several of Royce’s peers, including legendary producer Pete Rock, Joyner Lucas and Questlove.

Rock left a simple, “OK WTF” followed by a buffet of emojis, while The Roots drummer wrote, “Lol it’s funny how even if a chorus doesn’t necessarily ‘work’ work I guarantee you that shit won’t be leaving me no time soon & I’ll be singing this jawn & using it as a punchline on “deeze nuts” level all week.”

Lucas, who’s a decade younger than Royce, was blown away he even got the opportunity to rap alongside Dre. “The fact you got to write on this record is crazy,” he wrote. “Lol if I got to even be in the same room when n-ggaz was recording I would of been bragging bout it.”

The final album version, “Xxplosive,” heavily sampled the 1971 single “Bumpy’s Lament” by Soul Mann & The Brothers and boasted contributions from the late Nate Dogg, Kurupt, Hittman and Six-Two. The track peaked at No. 51 on the Billboard Hot 100, while the album itself debuted at No. 2 on the Billboard 200.

During an interview with HipHopDX last year, Royce Da 5’9″ explained how he ended up working on Dre’s 2001.

“[Eminem] was staying out [in L.A.],” he said. “He told me to send a CD of my music out there. He played it for Dre but didn’t tell me he played it for Dre. Instead of just calling me and saying, ‘Royce, I played Dre your stuff, he love it, I’ma link you all up so y’all can talk,’ he just let Dre call me.

“I was sitting in the room and my dad came in and he was like, ‘Ryan, there’s a Dr. Dre on the phone for you?’ I was like, ‘What?’ Got on the phone, I’m like, ‘Hello?’ He’s like, ‘Yo what’s up, it’s Dre. Marshall played me your stuff, I like what you’re doing. I want to know if you’re interested in coming out here and messing with us, man. We working on the album called The Chronic [2001].’”