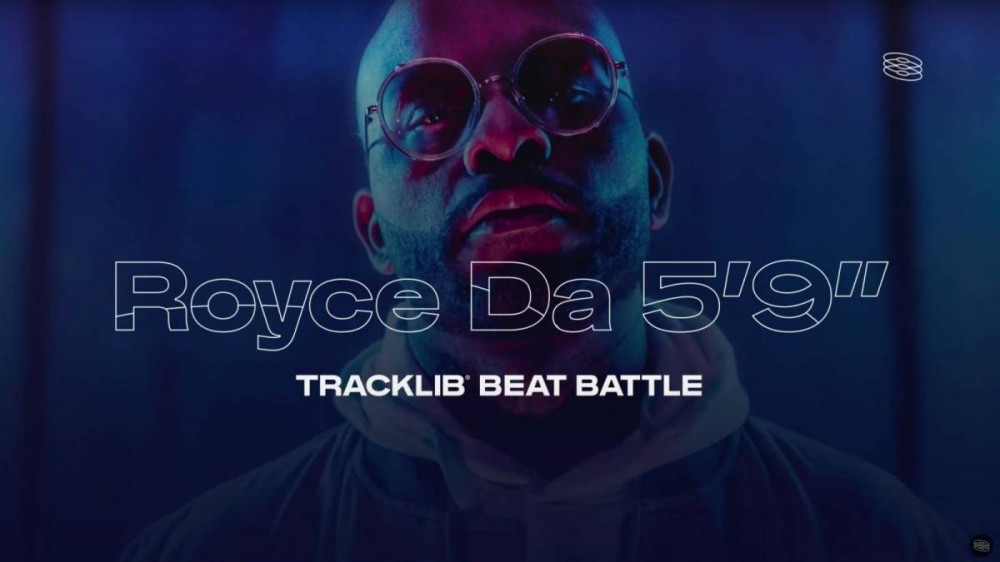 In sync with the previous Tracklib Beat Battle 9th Wonder and Bob James hosted back in February, producers will have a chance to compete for a virtual studio session with Royce Da 5’9. The main difference between the competitions is that producers will be able to utilize any of the thousands of orignal songs, stems and multi-track loops available within Tracklib’s extensive catalog — which features music from the discographies of legendary artists like Isaac Hayes and hundreds more.

In an Instagram post on Thursday (April 30), the multi-platinum artist laid out the rules of the challenge and urged artists to deliver their most fire beats.

“What’s up what’s up my name is Royce Da 5’9 and I’m wishing everybody peace love and prosperity,” he began in the video.

“I want you guys to know that I’m hooking up with Tracklib — we’re partnering up, we’re doing a competition. Now this is the art of producers… I want you to submit your beats go Tracklib.com, submit your beat — me personally I’m going to pick the best beat and whatever that beat is me and you the producer who wins are going to do a song with each other. So you win the opportunity to do a song with me for whatever that’s worth to you, all right, and we’re going to do it for the culture man. We’re going to have fun with it man so please put your best foot forward. I wish y’all nothing but the best and I look forward to it man I’m excited. Go to tracklib.com right now and submit your most fire all right peace.”

The grand prizes also includes a $1,000 cash price, a free standard one-year subscription to Tracklib and a shoutout from the Detroit rapper, along with an official release for the collaboration he and the winner create. Producers have until May 30 to create an account with Tracklib and register for the contest to upload their master work.

Royce Da 5’9’s partnership with Tracklib align’s perfectly with his Grammy-nominated, self-produced The Allegory album. Royce recently revealed to Okplayer that the project was a result of his binge dive into music of the golden era of disco, funk and fusion.

Stream The Allegory EP below and visit Tracklib.com/royce for more details on competition guidelines.