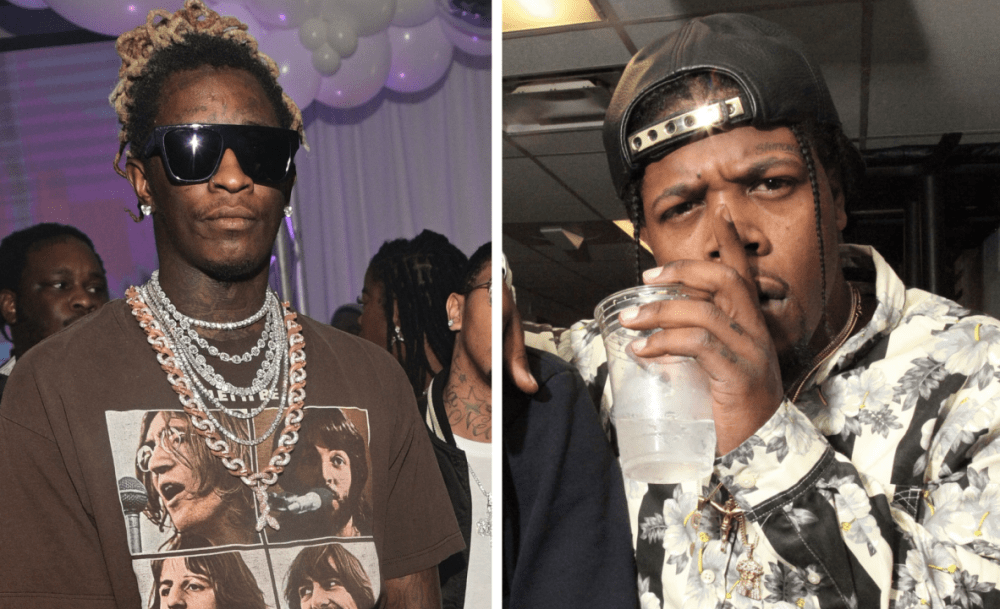 ATLANTA, GA – Rowdy Rebel entered the YSL dungeon on Sunday night (March 7) and came out with another banger on the way. Rebel linked up with Young Thug for a studio session to cap off NBA All-Star Weekend in the ATL and a clip of the GS9 rapper previewing the track made its way to social media.

In the clip, Rebel recounts his verse over the hard-hitting Wheezy production while Thugger dances and nods his head in approval in the jam-packed studio. Thugger’s vocals aren’t featured in the video, and there isn’t any word whether this is the “Computers” rapper’s track or a cut that will end up on Slime Language 2.

“Atlanta it was real Turnt up wit them n-ggas #Allstarweekend #stillfreegs9 #freeskrap,” Rebel captioned his post putting a bow on the weekend with photos featuring appearances from Bobby Shmurda, Quavo and Gunna.

Thugger made a promise to Rowdy Rebel to hold him down once he got out of prison in December and he delivered on his word. Just mere hours after Rebel regained his freedom, Thug made sure to lace Double R with a pair of glistening chains as a welcome home gift.

Rebel has stayed busy since being released in December after a six-year bid behind bars. He linked up with NAV in February for the rambunctious “Jesse Owens.”

With Shmurda also coming home, it’s all eyes on the GS9 duo and only a matter of time until they reconnect on a record. Watch a video of the duo turning up at an Atlanta nightclub over the weekend below.