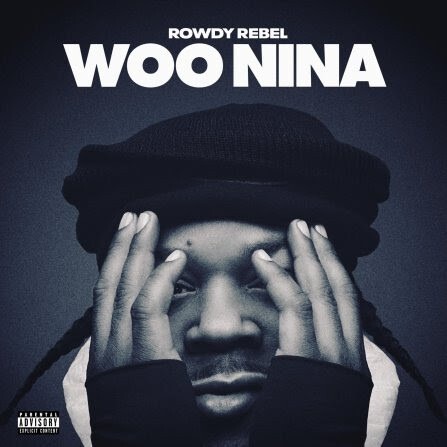 Brooklyn-bred drill star Rowdy Rebel crash lands into summer with the release of his new single and video, “Woo Nina.” The video, directed by G-Train (French Montana, Matt Ox)  is set in Brooklyn and available now.

“Woo Nina” is an energetic drill rap anthem from Rowdy, an arbiter of the subgenre and one of its most tenured and prolific ambassadors. His jovial, rambunctious energy—which he’s previously attributed to his Caribbean upbringing—is evident from the onset of the track, as he belts “Wooooo Ninnnaaa” to signify his bouncy entrance. What follows is a masterclass in Rebelnomics: brash declarations of loyalty (“I’ll never cross my n****s for no bread!”), subtle-but-sharp wit (“Do you see any purple in my head?”) and love for GS9 (“Shoutout Bobby [Shmurda]… he did that damn time”).

Matching the unmistakable energy of the “Woo Nina” audio, G-Train and Rowdy take the viewer to the very blocks that helped shape the latter’s life and career. Acquaintances of all ages hit the streets in support of the neighborhood star, dancing, bouncing, and rapping alongside Rebel, who settles in easily beside his comrades.

“Woo Nina” follows, and somewhat contrasts, Rowdy’s previous release “Rowdy vs. Rebel,” a more solemn look at Rowdy’s character, which sometimes prefers to ask forgiveness rather than permission. “Rowdy vs. Rebel,” which has amassed 1 million views, leans into the rapper’s storytelling and his ability to craft a narrative, while “Woo Nina” serves as a reminder that at any moment, Rowdy is available to fulfill his role as an OG of Brooklyn’s current-gen rap scene.