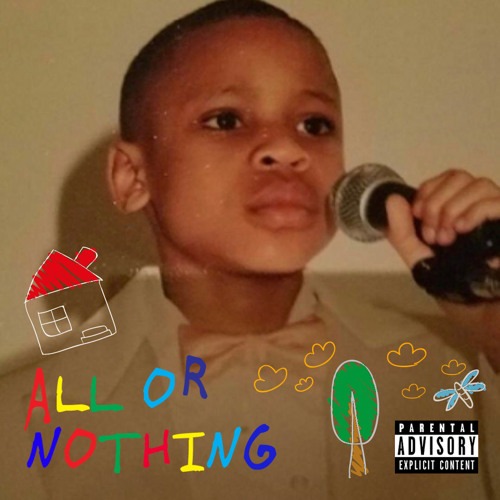 While the multi-talented entertainer has enjoyed the success of starring as a much-hated villain in Starz hit show, Power, he continues to remind his supporters of his versatility.

The R&B crooner comes through Friday with his debut album, All or Nothing.

Rotimi fuses his native African roots with R&B and Caribbean sounds to create rhythmic cohesion on his debut.

“We’ve been working on this album for almost a year and a half,” says the New Jersey native. Now I have 15 songs that I love and it’s one of the best feelings to deliver it to the world.”

Rotimi’s latest release comes off the heels of his recently, Gold-certified single, “In My Bed.” With the success of the Wale assisted single, he looks to magnify that effort on All or Nothing.

He even graced New York City with a private listening party ahead of the album’s release. Some guests included Roc Nation’s Lenny S, Apple Music’s Low Key, and more.

The title derives from a theme Rotimi says he’s lived with throughout his life. Born to Nigerian parents, they instilled in him the ideals of being the best in whatever you put your mind to.

Having parents that embraced his talents at a young age, helped to propel him as well.

“My mom was my first manager,” said Rotimi. “She had me in the hood at 3-4 years old singing at weddings.”

Whether it was music, acting, or sports, the 32-year-old singer sets out to be the best. All or Nothing is another tangible example of that sentiment.

The Coming 2 America actor released the Hitmaka produced single, “Decide,” ahead of the album’s release date. In the visual, where Rotimi makes his directorial debut, he fantasizes about his plans to seduce a woman he sees while on a bus ride.

All or Nothing is available on all streaming platforms.