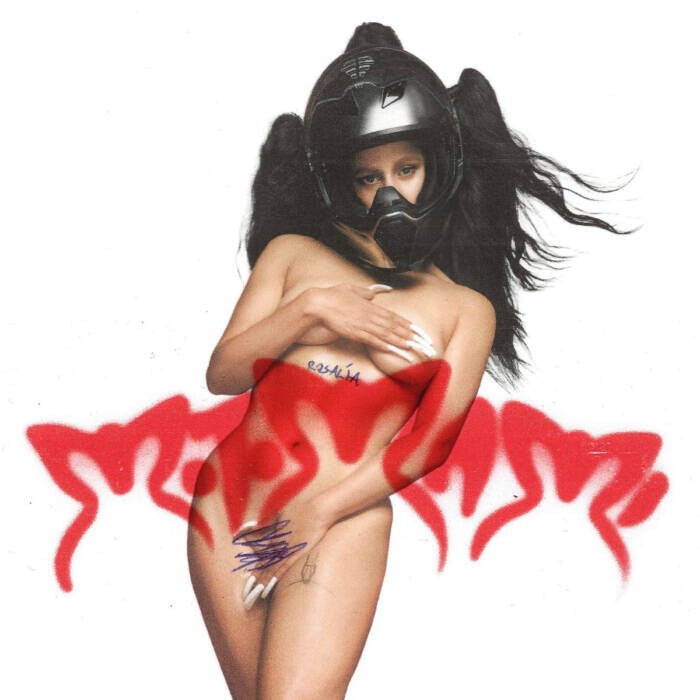 Following wide global media picks already establishing it as “One of the Most Anticipated Albums of 2022,”today sees GRAMMY and eight-time LATIN GRAMMY winner ROSALÍA release her eagerly awaited new album MOTOMAMI.  After an intensive three-year creative process filled with incredible attention to artistic detail, Rosalía delivers an expansive, out of the box album that looks to erase previous conventual lines defining different cultures, genres, gender roles, and more – providing a deeply personal modern musical self-portrait of a strong, innovative, and proudly feminine young woman taking us on a seductive and multifaceted musical journey. Listen here.
“In these last three years, I’ve wanted to focus my energy on giving this album a sense of risk and excitement … everything on this record was made from scratch… Conceptually, lyrically, it’s the most personal and confessional album that I’ve made so far. I’ve always considered myself a storyteller and MOTOMAMI is the most personal story I’ve told. In my head, MOTOMAMI makes sense as …a self-portrait, of a feminine figure building herself… [and] there’s a duality. The record is structured in binaries, two types of contrasting energy… Moto means ‘strong’ and relates to ‘aggression’. while Mami refers to ‘fragility… There’s also a sense of humor, and irony.”
– ROSALÍA (combined quotes from Rolling Stone cover story interview)

Executive produced by Rosalía, MOTOMAMI features 16 songs, including the recently released and widely praised tracks  “HENTAI,” “CHICKEN TERIYAKI,” ”SAOKO“ and “LA FAMA” featuring The Weeknd. These advanced tracks from the album have already attracted a strong global audience; as “LA FAMA” debuted #1 on the Spain singles charts, spent 3 weeks at #1, and peaked at #2 on Billboard’s Hot Latin Songs chart, while the official music video now has over 86M views and peaked #1 on YouTube in 13 countries including Spain, Mexico & Argentina. “SAOKO” debuted at #40 on the Global Spotify Chart and #2 on the Spain Spotify Chart—marking the track the biggest solo debut by a Spanish artist in global Spotify chart history.

To celebrate the full album arrival, Rosalía will now also treat fans to another eye-popping visual with the music video for “CANDY” which will release at noon EST today. The video which features Rosalía partaking in her favorite pastime of karaoke will be available here upon release.

With today’s long-awaited album release, enthusiastic global fan and press praise is quickly building, by the hour, with multiple “Best Album of the Year” declarations already joining some of the advance astounding press previews declaring MOTOMAMI as “A Masterpiece… Rosalía’s best work yet… something thoroughly modern… representing what is new and exciting about pop music in 2022.”

Having labored over the album for over three years, Rosalía has been in celebration mode with several special activations and appearances. Last night, she launched a once-in-a-lifetime immersive experience on TikTok LIVE. Drawing a massive audience she performed 14 tracks from the record during a mind-blowing show, giving each song its own distinct feel and visual. The event was personally conceptualized and created by Rosalía, directed by Stillz, and produced by CANADA with all the footage impressively filmed exclusively on mobile phones.

Additionally, leading up to the release, she made her solo late-night television debut performance on Saturday Night Live on the March 12th broadcast. Watch her performance of “CHICKEN TERIYAKI” here and “LA FAMA” here. Rosalía is the first woman to perform both songs entirely in Spanish in the NBC sketch comedy series’ 47-season history and when combined with her 2021 duet appearance with Bad Bunny, she has now performed more songs in Spanish on Saturday Night Live than any other artist. Prior to her Saturday Night Live appearance, Rosalía stopped by The Tonight Show Starring Jimmy Fallon to chat all things MOTOMAMI, Harry Styles texting her old phone number and a behind-the-scenes look at recording her music.