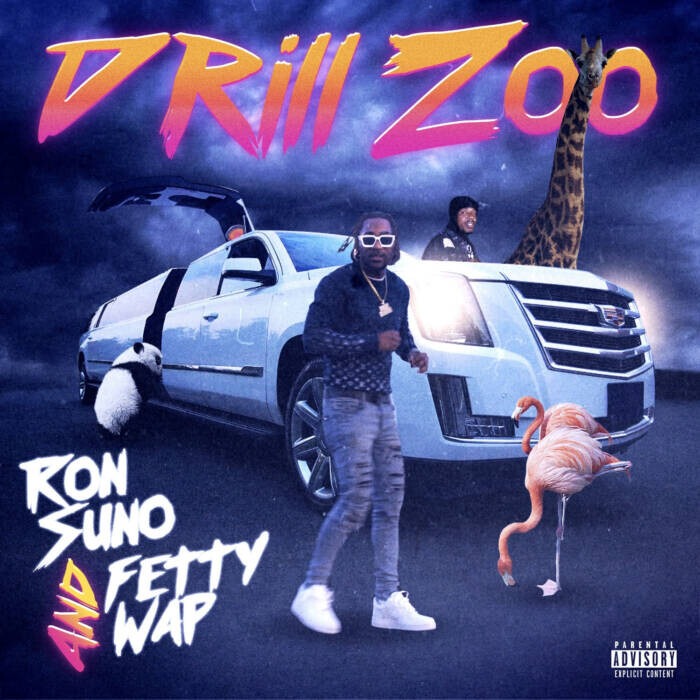 Following up the recent video for “Ya Mans“ (over 340k views on YouTube), “Drill Zoo” is the latest video single from Jokes Up, Ron Suno’s upcoming album. Combining a locked-in flow with snappy lyricism and quips that humorously undercut his bravado, Ron Suno takes his emceeing to a new level on Jokes Up, nimbly tiptoeing atop skittering hi-hats and going toe-to-toe with some of the finest rappers in the Five Boroughs. The upcoming project is home to recent singles like “Winners,” a fiery new collab with Brooklyn figurehead Sheff G that has over 1.6 million views on YouTube, “Bandit,” a fiercely slick banger with over 950k YouTube views, and “Netflix,“ a 2020 banger with over 1 million streams across platforms. The proper follow-up to Ron’s 2020 project Swag Like Mike, Jokes Up arrives on July 2nd via SBL, LLC / EMPIRE.

Ever since dropping Swag Like Mike, featuring hit singles like “SPIDER-MAN” ft. Fivio Foreign, Ron Suno has been on an unstoppable upward rise, collaborating with rappers like DDG and Smoove’L, speaking with XXL and FLAUNT, and co-starring in BK Juice, a new film by his NYC cohort Rah Swish. The sky’s the limit for the young riser, who obliterates the boundaries between mediums with his force of personality.