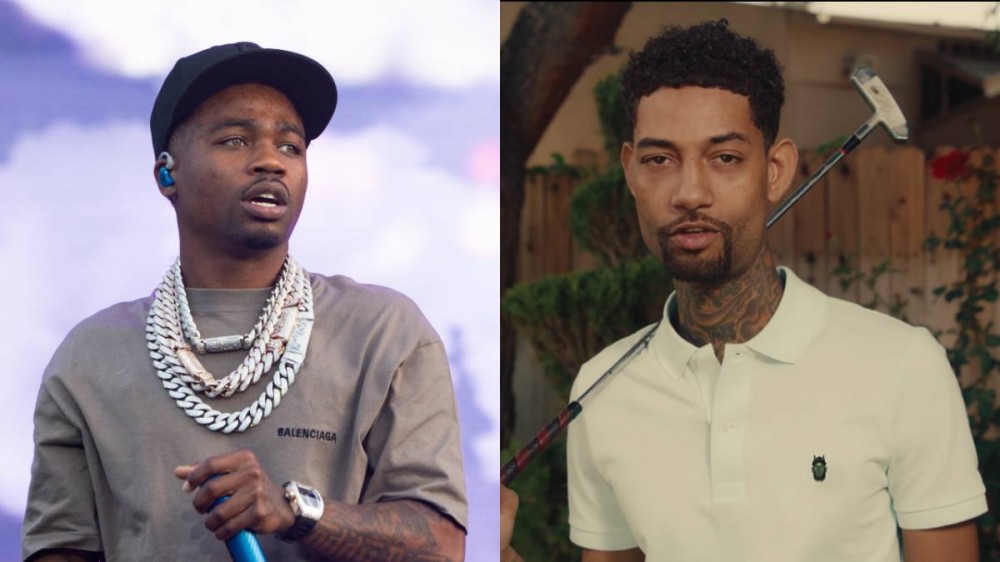 Roddy Ricch has shared his thoughts on PnB Rock’s death, after the Philadelphia rapper was gunned down in Roddy’s hometown of Los Angeles, California.

“LA! Usually I try to mind my business and let the world rotate but we gotta do better,” the 23-year-old wrote on his Instagram Story on Tuesday (September 20). “It’s too much senseless violence. Too much opportunity and motivation to take things other people work hard for. It’s too much life to live to take someone else’s life away.

“I love my city but we can’t keep going out like this. Before you know it, it’ll be nobody left to take from or kill.”

He concluded: “Let’s stay on point stay aware and find better ways to pursue our dreams because this shit turning into ALL NIGHTMARES.”

PnB Rock was shot and killed on September 12 while dining at Roscoe’s Chicken & Waffles in South Los Angeles. LAPD Captain Kelly Muniz told the Los Angeles Times that when the suspected shooters entered Roscoe’s, they immediately pulled out a firearm and demanded jewelry from the rapper. When he refused, they shot him multiple times. No suspect has been arrested.

Investigators have since said a social media post published by his girlfriend  “may have” actually led to Rock’s death.

“The target was expensive jewelry, property that he had on his person. We believe this senseless murder occurred following a posting on Instagram or social media,” Los Angeles Police Chief Michel Moore said.

PnB Rock’s body should have been heading back to his hometown of Philadelphia on Friday (September 16), but according to his brother PnB Meen, Los Angeles officials have made it difficult to recover.

“We been having trouble getting my brother back to Philadelphia,” PnB Meen wrote on Instagram in a since-deleted post on Monday (September 19). “The state of Los Angeles claiming they have some type of law, going against our as Muslims. Now I have no clue when his Janazah. It’s not right, yo. It’s goin on a week. Prayers up. I got you bro an ya daughters.”

Roddy Ricch is no stranger to gun violence himself. While filming a music video with 42 Dugg in Atlanta, Georgia last year, three people were shot and two hospitalized in a shooting near their set.

The “Real Talk” rapper has been going through hard times since the release of his polarizing sophomore album Live Life Fast, taking to Instagram in August to pen a letter to his fans to thank them for sticking with him.

“Been working hard on this Feed Tha Streets 3 album, getting back to my regular regimen and also been happier than I’ve been in a long time,” Roddy opened the letter. “I understand things have escalated quickly and God has taken us to places we never would’ve imagined possible but I’m here for every challenge and obstacle.

“Thank You to everybody whose stayed supportive of me through all the glorious moments and all the hard times.”