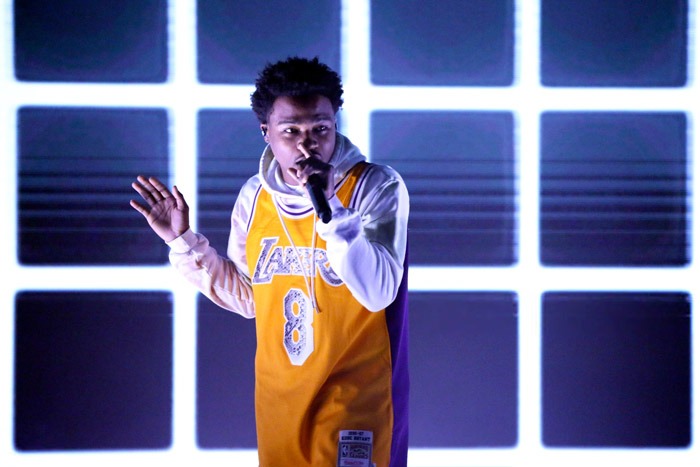 Wearing a No. 8 Lakers jersey in honor of Kobe Bryant, the L.A. native performed “The Box,” which is currently No. 1 on the Billboard Hot 100. Standing inside a box with projections, he performed the smash hit off his chart-topping debut album Please Excuse Me for Being Antisocial.

Roddy won his first Grammy for Best Rap Performance for “Racks in the Middle,” and also performed as part of a tribute to Nipsey Hussle at Sunday’s Grammys. After the win, he shared a photo of himself hugging a smiling Lauren London.

“one of the greatest moments was seeing her smile cause hussle got one,” he captioned it.

Roddy is currently on his “Antisocial Tour,” which runs through Feb. 13. He will return to “Fallon” on Friday to perform his Grammy-nominated hit “Ballin” with Mustard.

one of the greatest moments was seeing her smile cause hussle got one pic.twitter.com/LQaNmxrxdO