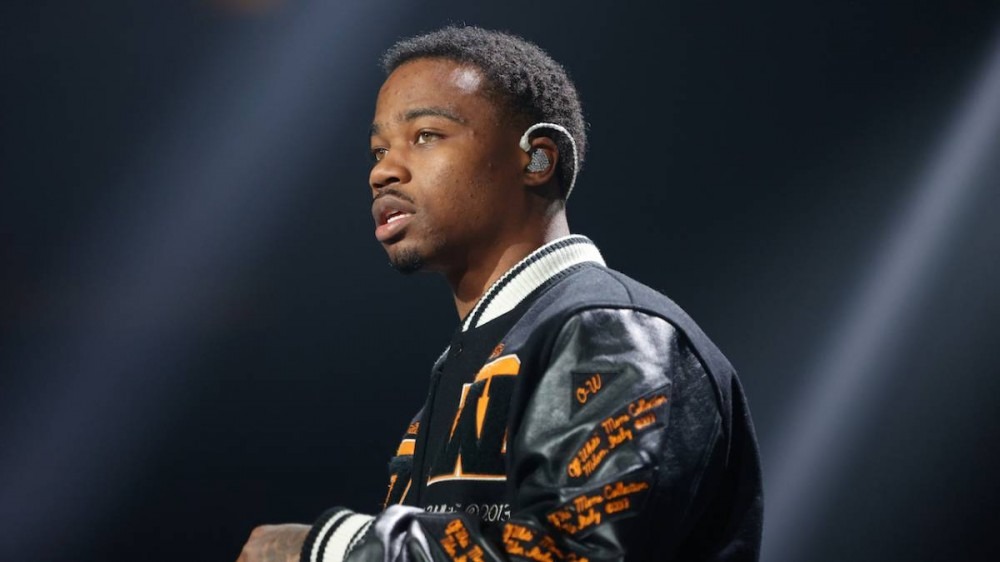 The city of Los Angeles, California, has a rich Hip hop history, and there are several rappers in the game today that are holding up the legacy of legends such as Dr. Dre, Snoop Dogg, Ice Cube and more.

During a recent interview with Akademiks, Roddy Ricch spoke about L.A. Hip Hop and the artists who have been putting on for the city. According to the Compton native, there are only three people at the top of the L.A. rap mountain, and people need to act accordingly.

“There’s so much shit going on in L.A. that shit will fuck you up. It’s only three n-ggas left in L.A. that I can say that’s really putting on for this muthafucker and that’s Kendrick, YG and me,” Roddy told Akademiks. “When you really sit down and understand that the type of baggage we got as n-ggas from the spot, you gotta understand what we going through as a unit n-gga.”

He added, “I ain’t going to say we down, but we gotta put this shit together, figure out a plan to really set this shit up cause we really the west. We been doing this shit for too long to really just stop and have soldiers falling. It’s n-ggas just flopping and falling. We gotta step up as the n-ggas cause it’s only three of us left.”

Roddy had a big introduction to the rap game with his debut album Please Excuse Me For Being Antisocial as it debuted at No. 1 on the Billboard 200 chart, clocking in 101,000 album-equivalent units in its first week. It was also the longest-running No. 1 debut rap album since 2003 to spend non-consecutive weeks atop the chart.

However, his second studio album LIVE LIFE FAST, didn’t have the same turnout as his debut. Fans dragged it all over social media and did the same with a few of Roddy’s new music snippets. The album debuted at No. 4 on the Billboard 200 chart, moving only 62,000 album-equivalent units.

Akademiks came to the rescue to defend Roddy Ricch from all the people calling him a mid-level artist while also explaining why things had gone sour.

“Roddy Ricch just need to get back on grind mode.. and its hard for artists to do after they’ve had hella success…,” Akademiks wrote on Twitter. “Nobody loves you that much to wait 3 years for project. Feed the skreets.. OFTEN..or watch them turn on u word to NBA YOUNGBOY. unless u kendrick, frank ocean etc.”