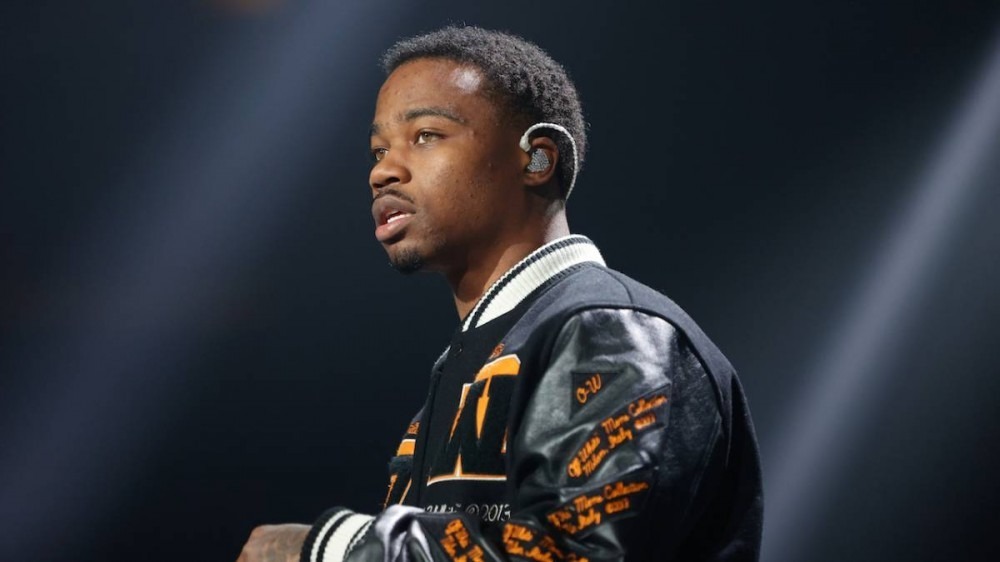 Frauenfeld, Switzerland – Some fans get a little overzealous at festival shows and think it’s a good idea to run on stage to get close to their favorite artists. Security is usually quick at tackling someone who dares try to get on stage, but some artists will get in the mix, such as Roddy Ricch.

During his set at the Openair Frauenfeld Festival in Switzerland, Roddy was performing his hit single “The Box” when a fan ran past him on stage. The rapper’s microphone fell out of his hand as a result of the slight push from the fan, and Roddy wasted no time confronting them. Two security guards were handling the situation when Roddy started kicking the fan being moved off the stage.

Roddy Ricch has yet to respond to the incident as of press time, but fans are commenting on social media about how bad of a look it was for him to do that.

Playboi Carti had a similar situation happen to him at the same festival on Wednesday (July 6). A group of fans was getting roughed up by security during Carti’s set, and he came to save the day by wrestling with the burly men to let one of them go. Another person appeared on stage before Playboi Carti walked over and hugged him, and gave what many on social media thought was a kiss on the cheek.

The Atlanta native was not playing around when it came to the safety of his fans at the festival. In another clip, the Whole Lotta Red rapper paused his show to hand a bottle of water to one of his fans that were thirsty in the crowd.