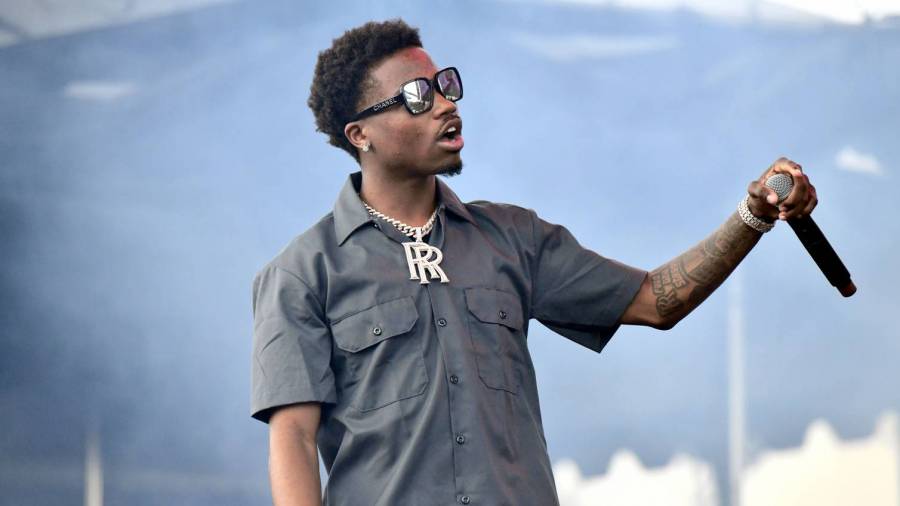 Compton, CA – Roddy Ricch has been one of the biggest success stories of 2020 off the back of his Please Excuse Me for Being Antisocial album and songs like “The Box” and DaBaby‘s “Rockstar” topping the charts, but he hasn’t forgotten where he came from.

On Saturday (December 12), he decided to give back to the community of Compton by hosting a toy drive. Roddy flew into the neighborhood in a helicopter and gave himself the title of ‘Compton Santa Claus’ while overlooking the city.

The event saw kids and parents coming out in full force in order for the local hero to make Christmas a little bit more special for families this year.

Roddy Ricch held a Toy Drive in Compton this weekend and arrived in a helicopter 🚁 A 2-mile line of people received gifts from Roddy and his team 🔥 pic.twitter.com/1PE0y3r7dk

Real 92.3 radio host DJ Hed took to Twitter to salute Roddy for his efforts despite the lack of media coverage, and revealed the event had cars lined up for two miles.

“No news coverage, no other ‘media’ outlets, not one ‘journalist’ in attendance,” he said. “It don’t matter, my bros Toy Drive was a huge success in Compton today. A 2 mile line of cars for the city! Salute my young homie #RoddyRicch & #Bird for another win! @RoddyRicch #TheCoastGuard.”

No news coverage, no other “media” outlets,
not one “journalist” in attendance…
It don’t matter, my bros Toy Drive was a huge success in Compton today. A 2 mile line of cars for the city! Salute my young homie #RoddyRicch & #Bird for another win! @RoddyRicch #TheCoastGuard pic.twitter.com/o0aPdug8ok

During an interview with GQ in January, Roddy Ricch spoke on his relationship with Compton and his continued desire to give back.

“I’m still very involved in my community,” he said. “I give back and I’m always there for the homies. That’s one of the biggest parts of what I do. We do a lot of giveaways, things like that, but those aren’t things I put out there with the media. I’m still very active with where I come from, so it’s not hard to stay connected at all.”

He continued, “As I experience life, my music is gonna evolve. At the same time, I still do tell the stories from my world because there are unlimited stories and unlimited people from that place. I’ll always represent them. As my life begins to change and I do different things, I still want to be able to tap in and relate to them.”

Roddy’s festive kindness follows his appearance at the sixth annual TDE toy drive and concert in December 2019. Taking place in Watts, the event saw him share the same stage as Kendrick Lamar, ScHoolboy Q, Jay Rock, Tyga, Swae Lee, SZA and more to give back to the local community.