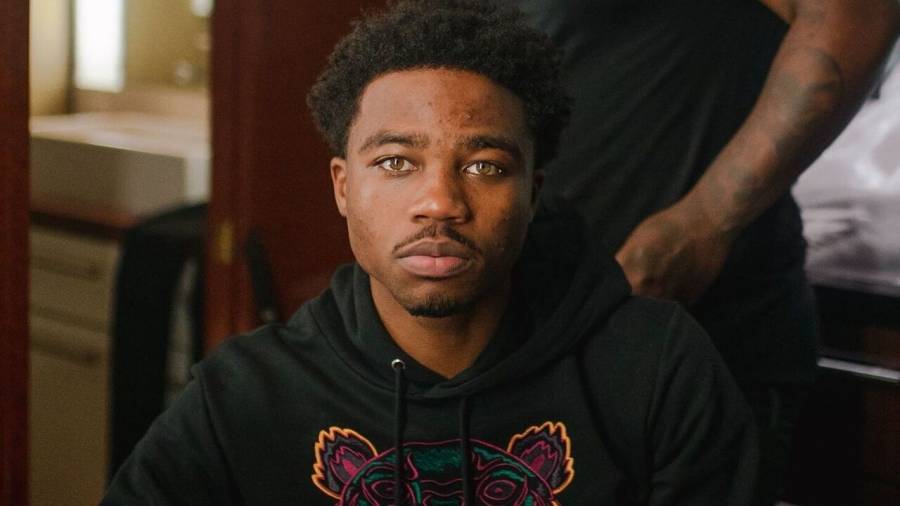 Roddy Ricch is poised for another banner year. After crushing 2020 with the Please Excuse Me For Being Antisocial mega hit “The Box,” the Grammy Award-winning rapper has announced his next single.

The 22-year-old Compton native shared the news via Instagram on Wednesday (June 2) with a series of photos that included the single art for “Late At Night.”

As he noted in the caption, the song is expected to drop on Friday (June 4). At the same time, he also unveiled a new haircut. Instead of the longer hair fans are used to, Roddy now boasts a much shorter fade.

Roddy Ricch has been laying relatively low since February when a shooting erupted at his video shoot with 42 Dugg. Officers responded to shots fired at a scrap yard on Wells Street around 4 p.m. local time and discovered a man grazed by bullets. He was assessed at the scene by Grady EMS, while two other men who were shot drove themselves to Grady Memorial Hospital.

Both 42 Dugg and Roddy escaped unscathed but addressed the incident on their various social media accounts, assuring their fans they were fine. OMB Peezy was ultimately arrested in connection to the shooting but freed on $60,000 bond.

The new single is a firm indication Roddy Ricch is inching closer to releasing his sophomore studio album.

Please Excuse Me For Being Antisocial arrived in December 2019 and debuted at No. 1 on the Billboard 200 chart with over 101,000 total album-equivalent units sold in its opening week. The 16-track effort won Album of the Year at the 2020 BET Awards and was named Album of the Year by Apple Music where it was 2020’s most streamed album globally.

Roddy Ricch also won the award for HipHopDX‘s Rookies Of The Year 2020, while “The Box” earned a nod in the Beat Of The Year category.

In March, he released “Heartless (Live From LA)”  and followed up with “4 Da Gang” featuring 42 Dugg, the video they were filming when the shooting took place.