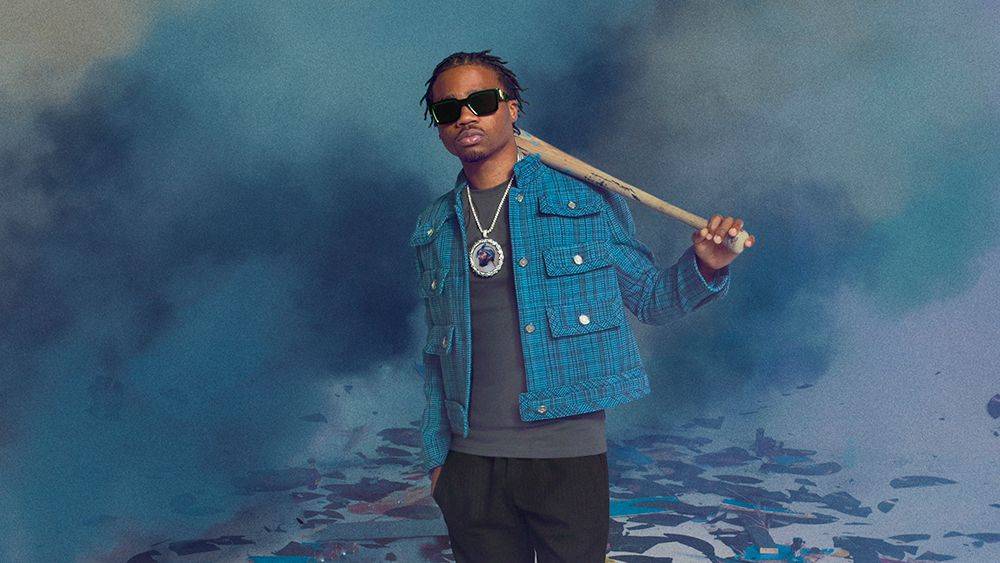 Roddy Ricch exploded into the rap star stratosphere last year with “The Box” from his debut solo album Please Excuse Me For Being Antisocial. The song hit No. 1 on the Billboard Hot 100 where it remained for an astonishing 11 weeks and garnered three Grammy Award nominations at the 63rd Annual Grammy Awards earlier this month.

But before “The Box” was on every rap fans’ playlist, Roddy had already nabbed a golden gramophone for his 2019 collaboration with Nipsey Hussle and Hit-Boy “Racks In The Middle.” And it’s clear the Compton native cherishes that milestone in his career, unlike his hero Kanye West who recorded himself last September urinating on one of his now 22 Grammys he’d thrown in the toilet.

Despite Ye’s Grammy pissing stunt, Roddy had nothing but nice things to say about him during a recent interview with Complex, explaining what a profound influence the billionaire rapper/producer had on him when it comes to business.

“I pulled up on him in Calabasas,” he said. “He showed me there’s more to life than just music. He taught me [about] really building empires. You’ve got clothes, or you’ve got a drink, or you’ve got this or that, and it’s all attached to you. He was building things that don’t got nothing to do with music, with different rooms having different ideas. Even building up a community or a civilization that can start and become something else. That’s a crazy thing to do. Just growing your own produce, and all these different things … It opened my mind.”

Roddy also went on to name Kanye’s 2010 masterpiece My Beautiful Dark Twisted Fantasy as his favorite album of all time, saying, “Mainly because of everything he put into the album. Just having all the different types of elements to it, and making it one body of work, that’s commendable.”

“If I get nominated for six Grammys and a n-gga I look to that had 22, 23, 24, 25 of these muthafuckas and I come in here, I get nominated for six this year, I feel like that’s a good number,” he said. “And this year this n-gga just pissed on that shit. Like, how you think that make the world look at my accomplishment, n-gga? I did all this shit and you pissing on shit. That shit be lame. I don’t really like that shit.”

Roddy is looking to drop another dope album but this time, the self-proclaimed “antisocial” artist plans on being more “vulnerable” with his fans.

“I’m going to bring fans into my world more,” he said. “I’m learning the balance. Like, OK, I’m not on Instagram, so I feel like I’ve got to bring them into my life more so they can feel me a little more. Coming off one of the biggest albums I could’ve done, I feel like taking them back to the basics with me. There’s all the old fans I had when I first started rapping, and these new fans that I got since the big album and Grammys and everything.

“So I want to bridge the gap between my old fans and my new fans. That’s what I’m on a mission to do with this next situation that I’m working on.” I prod for details, and he responds, “I feel like when the streets is hungry, you just feed them.”

Until that album arrives, check out The Roddy Ricch Story: From Compton To No. 1 below.