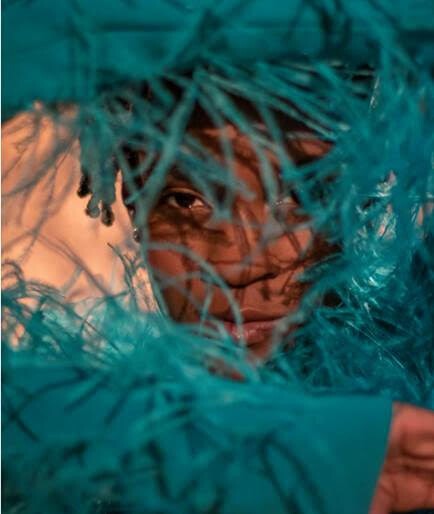 Today, Roc Nation and Jamaican reggae singer, songwriter, and rapper, Koffee have released the new music video, “The Harder They Fall,” a multidimensional visual captured against the backdrop of a deserted Western town inspired by the film. Premiered on BET Soul and BET Jams at 9 AM EST, Koffee’s release arrives from the explosive The Harder They Fall original soundtrack released earlier this year.

Directed by child. (Doja Cat’s “Woman,” Janelle Monae’s “Turntables”), the video opens with a scene of a horseback gang overtaking the city, layered under flickering close ups of Cherokee Bill, Trudy Smith, and Rufus Buck. The visual pans in on sleek silhouettes of Koffee’s rhythmic dancing inside a rustic wooden building, overlaid with electrifying dance performances donning western garments and captivating action scenes from the film. Koffee, styled in 2021 Bottega Veneta, rides into the city for an energetic saloon performance before closing with a dazzling solo shot singing under moonlight – all while encircled by the prolific Compton Cowboys.

“I’m very excited about this release,” said Koffee. “Being a part of such a powerful project is an honor. We put a lot of work into bringing this song to life and I hope fans will be able to connect to all the special elements we’ve woven into the video.”

Born in Spanish Town just outside of Kingston, Jamaica, Koffee’s powerful music intimately showcases the themes of her childhood upbringing. Since bursting onto the global scene with her 2019 crossover anthem “Toast,” the 21 year old self-described singer, rapper, and guitarist has been at the forefront of a whole new generation of Jamaican musical talent whose influence now resonates around the world.

Koffee joins a wide array of versatile, award-winning artists such as JAY-Z, Kid Cudi, Ms. Lauryn Hill, Jadakiss, Seal and more for The Harder They Fall soundtrack, which debuted earlier this year ahead of the film’s global release on Netflix November 3rd. The soundtrack was released by Roc Nation in partnership with Netflix and co-produced by both Jeymes Samuel and Shawn “JAY-Z” Carter. The film has been nominated by the Critics’ Choice Association for Best Acting Ensemble, honored earlier this year at the 2021 Gotham Awards, and most recently cultivated a record 20 nominations for the 22nd annual Black Reel Awards. The film has already amassed critical acclaim, described as “a killer soundtrack [that] bolsters the most star-studded Black Western ever made,” by Indiewire.