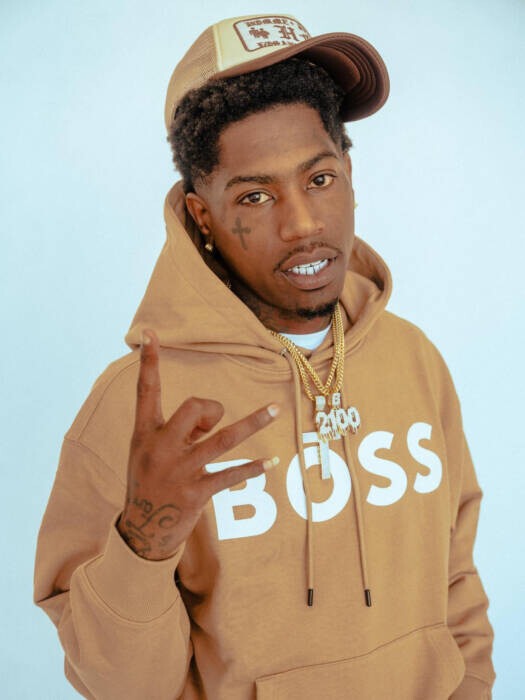 Young Slo-Be, a young talent from Southeast Stockton, CA whose life was tragically cut short, had filmed the video for “Pony” before his untimely death. The record had been released on his last project ‘Southeast‘ on June 24, 2022 via partner and distributor Thizzler On The Roof. “‘Southeast’ is a testament to Young Slo-Be’s dexterity, working with new producers and challenging himself with sample-based beats.” – Passion of the Weiss

Slo-Be had already achieved something artists and record labels alike vie for — a viral hit. In 2021, his song “I Love You” went viral on TikTok and has amassed over 40M streams across platforms and was used in over 2M videos on the social media platform. The record was also critically-acclaimed: “The soulful vocal sample pierces through the throbbing bass, funky melody, and that typical California percussion that sounds like a fist slamming on a school lunch table.” – Pitchfork

The music video for “Pony,” which features a loop of a sample from Ginuwine’s 1996 hit, was filmed in Los Angeles. Featuring his signature style of quick cuts and colorful graphics, the video also showcases fellow EBK Hotboiiz members. Sadly, weeks later after shooting the video, on August 5, 2022 his own life was cut short.

“Young Slo-Be was a genuine and humble person with the personality and work ethic of a star,” shares Matt Werner, Founder and CEO of Thizzler On The Roof. “It’s painful knowing he was doing the right things and was about to make a huge change in his life when he passed. His future was so bright just a day before, and we were just getting started. We’re going to keep it lit for him.”